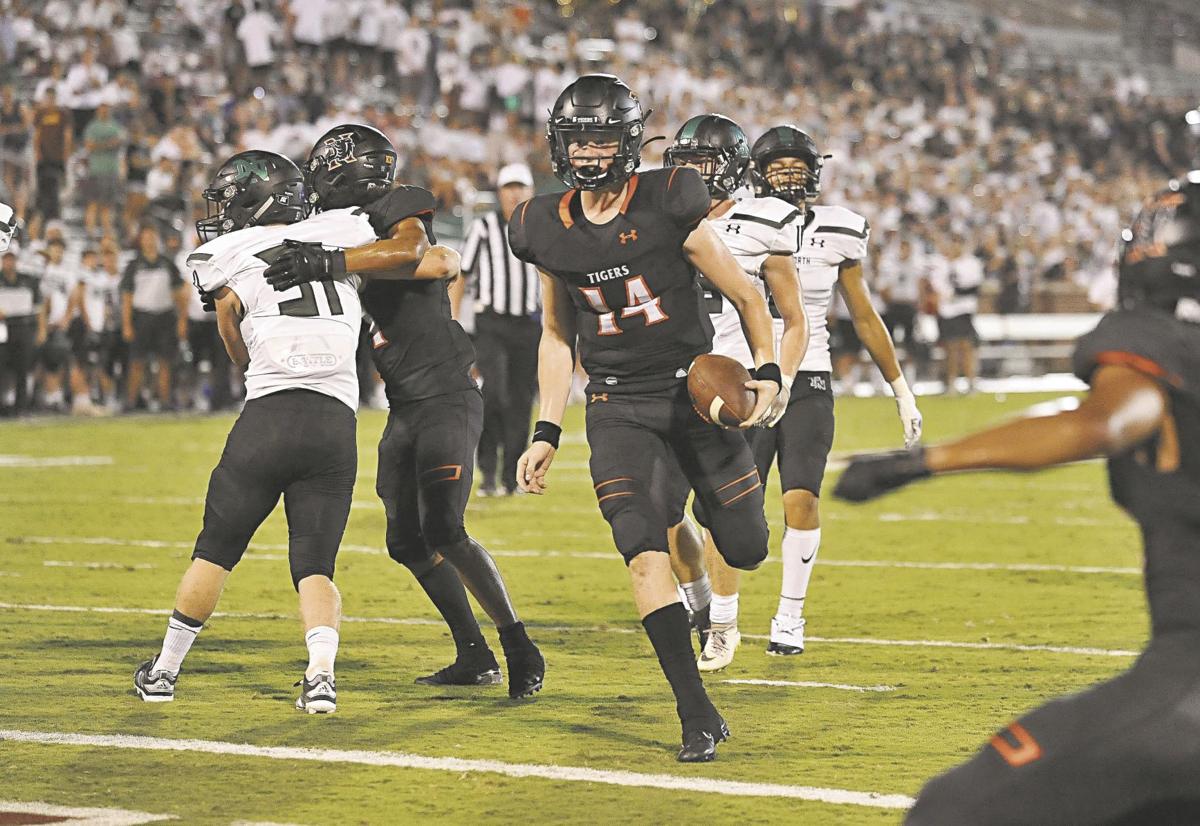 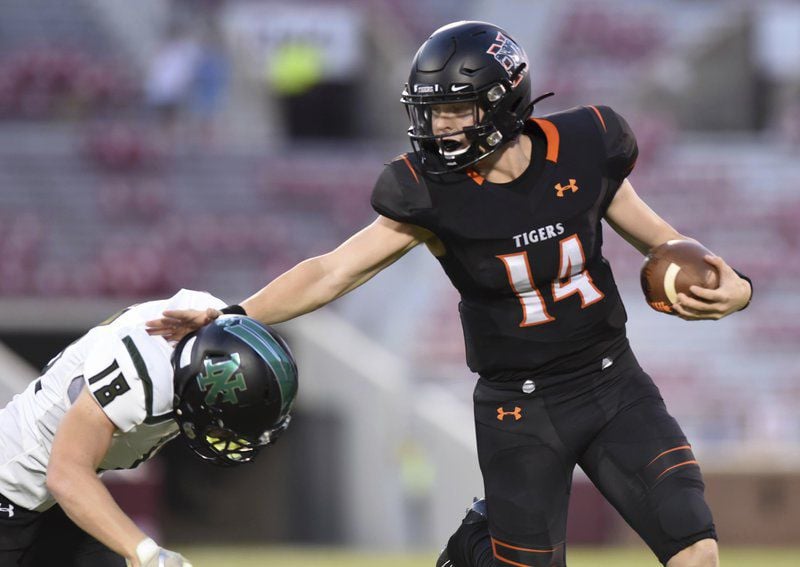 Cade Horton had little doubt of what was about to happen.

Norman High had 61 yards in front of them, 6:20 left in regulation and found itself tied at 24 with Norman North.

It didn't matter to the senior quarterback.

Despite a sack and 15-yard penalty early in the fourth-quarter drive, Horton orchestrated a 12-play series that ended with him walking into the end zone.

"I thought we were going to score no matter what," Horton said. "I wasn't gonna let our offense lose the game for the way our defense played."

The defense wouldn't let NHS' 31-24 lead, which ultimately was the final score, vanish either.

The Timberwolves offense chewed up clock most of the night but the run-heavy North offense turned to its passing game with a minute left in the game.

North junior Jackson Remualdo put the T-Wolves in striking distance and nearly tied the game again on a 28-yard pass intended for Luke Switzer in the back of the end zone.

NHS junior defensive back Isaac Raymond-Brown stole the reception away from the North junior, however, and allowed his offense to take a knee on the final play of a back-and-forth Crosstown Clash.

Offensive drives like the one Horton put together late didn't always come easy for NHS on Thursday at Owen Field.

Horton was 5-of-10 for 94 yards passing and split carries with running back Joe Willie for a combined 64 yards rushing in the first half.

Horton said the offense's timing wasn't right and admits the Tigers may have experienced some opening-week jitters.

But on the Tigers' go-ahead touchdown drive, he was as poised as ever.

"That's Cade Horton for you," NHS coach Rocky Martin said. "That's just how he plays. That's how he approaches every single play. It doesn't matter the situation with Cade Horton. He's that type of player. And that's why he's got a bright future."

Horton ultimately finished 11-of-20 on his passes for 212 yards.

His longest throw came on what was initially a short throw to senior receiver Andrew Young, who turned the play into a 58-yard touchdown midway through the third quarter.

"Andrew stepped up huge," Martin said. "He made some huge catches when we needed him, when we had to move the chains. Andrew stepped up and made a play and a lot of that has to do with his work ethic and how he approaches it. He played solid. He fought through cramps, and played really good."

NHS fended off a big night from North senior running back Blaine Martin, who ran back a 60-yard punt return for a touchdown in the second quarter. Martin finished the night with 87 rushing yards on 15 carries.

North will turn its attention to a road trip to Class 6A-II's Stillwater on Friday, Sept. 13. NHS will be on the road as well with a date with Deer Creek on the same night.

The Tigers feel good getting back-to-back wins over their rivals. Although, Horton reiterated his team's true aspirations following the victory.

"It feels great," Horton said. "It always feels good to win. But ultimately, the goal of our season was not to be North. It's to go to state."