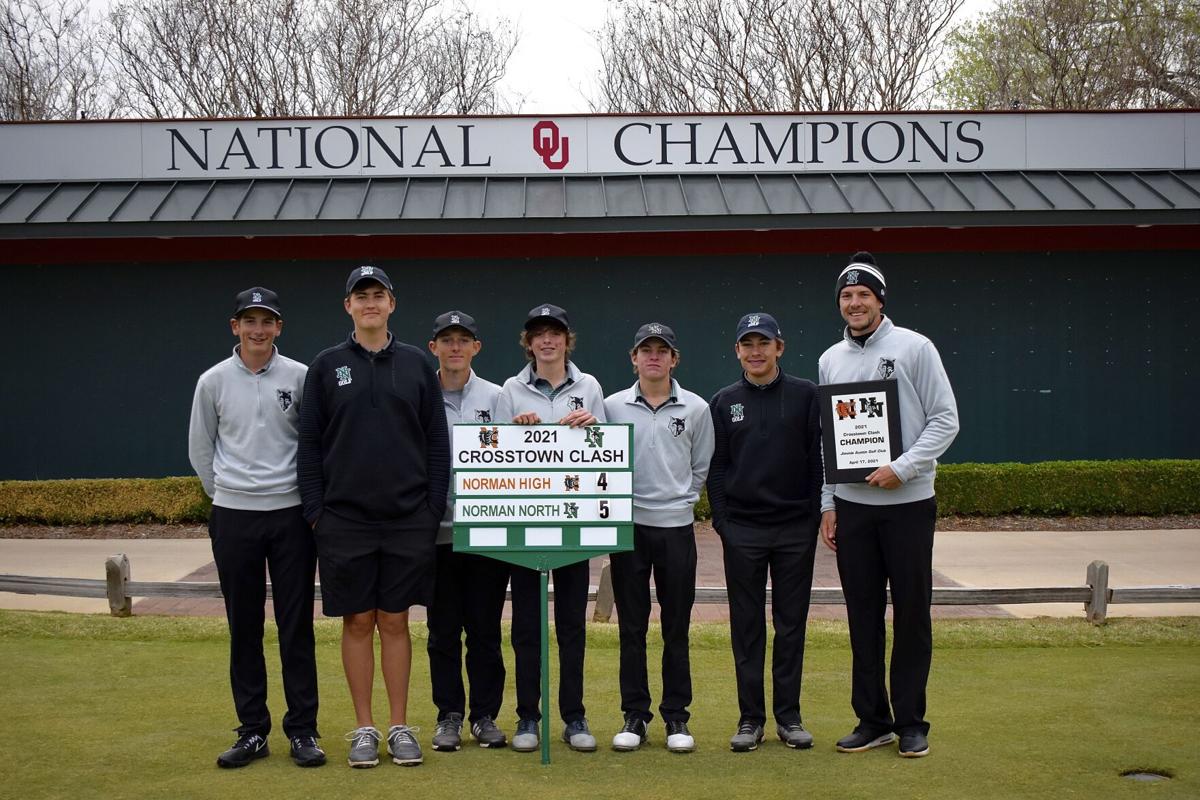 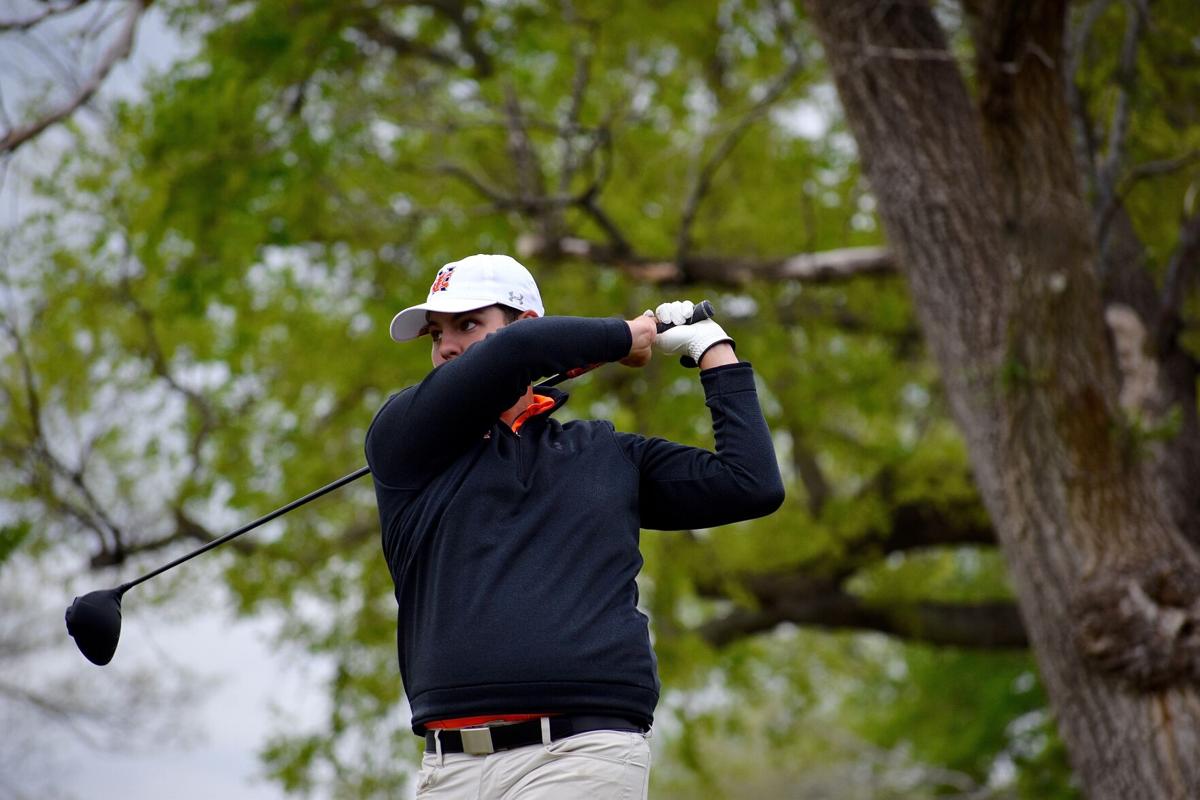 Norman High and Norman North debuted a new edition to the Crosstown Clash’s collection of events on Saturday.

For the first time, the Tigers and T-Wolves teed it up against each other on the links with North prevailing 5-4.

“Happy to get the victory,” North head coach Josh Gorzney said post round. “I think some of our guys played better than they have all season so it was a confidence boost for some of them.”

NHS senior Ryan Bell had the honor of the event’s first tee shot. He and Wright were paired together, with Bell drawing North junior Jake Hopper. Hopper, a Sooner commit, was upset by Bell who earned a 2&1 victory and quickly gave the Tigers a 3-0 lead, needing just five points to claim the inaugural Clash.

Just as quickly as NHS grabbed control, the T-Wolves came roaring back, countering with a sweep of the second group to knot it back up at three. North sophomores Max Courange and Ben Campbell joined forces for a 4&3 four-ball victory over NHS’ Dennon Norman and London Stover. Courange took down Norman 4&3, while Campbell shut down Stover 5&4.

Of course, as the rivalry would have it, the inaugural Clash came down to the anchor matches. For Norman North coach Josh Gorzney, he relied on two young guns. Freshmen Mack Moore and Josh Stuart anchored the T-Wolves and faced off against NHS sophomore Quinn Robertson and junior Evan Kelley.

Moore made quick work of Robertson, securing an 8&7 win to make it 4-3 North. With two points left up for grabs in Stuart and Kelley’s match, the four-ball point was the first to fall. On the par-3 15th, NHS needed at least a halve to extend the match. Unable to make par, the Tigers lost the match 4&3 as well as the Clash.

Despite the fifth point being secured on the 15th green, Stuart and Kelley continued to settle the official score. After a back-and-forth front nine, Kelley was able to clinch a prideful point for NHS on the 17th green, winning 3&1 over Stuart.

Playing in stroke-play events all season long, former Oklahoma men’s golf coach and first year NHS coach, Gregg Grost conjured up the idea to give golfers the opportunity to compete in the rivalry that so many of their peers play year in and year out.

The teams consisted of six golfers per school and competed in match-play singles with a third point up for grabs in each group in four-ball. The main goal of the event is not just about bragging rights, but about growing the game of golf within the community.

“Every other sport has Crosstown Clash,” Gorzney said. “Coach Grost and I put our heads together to try and make something memorable for the kids. … Hopefully some middle schoolers paid attention and they can get into golf a little bit more.”