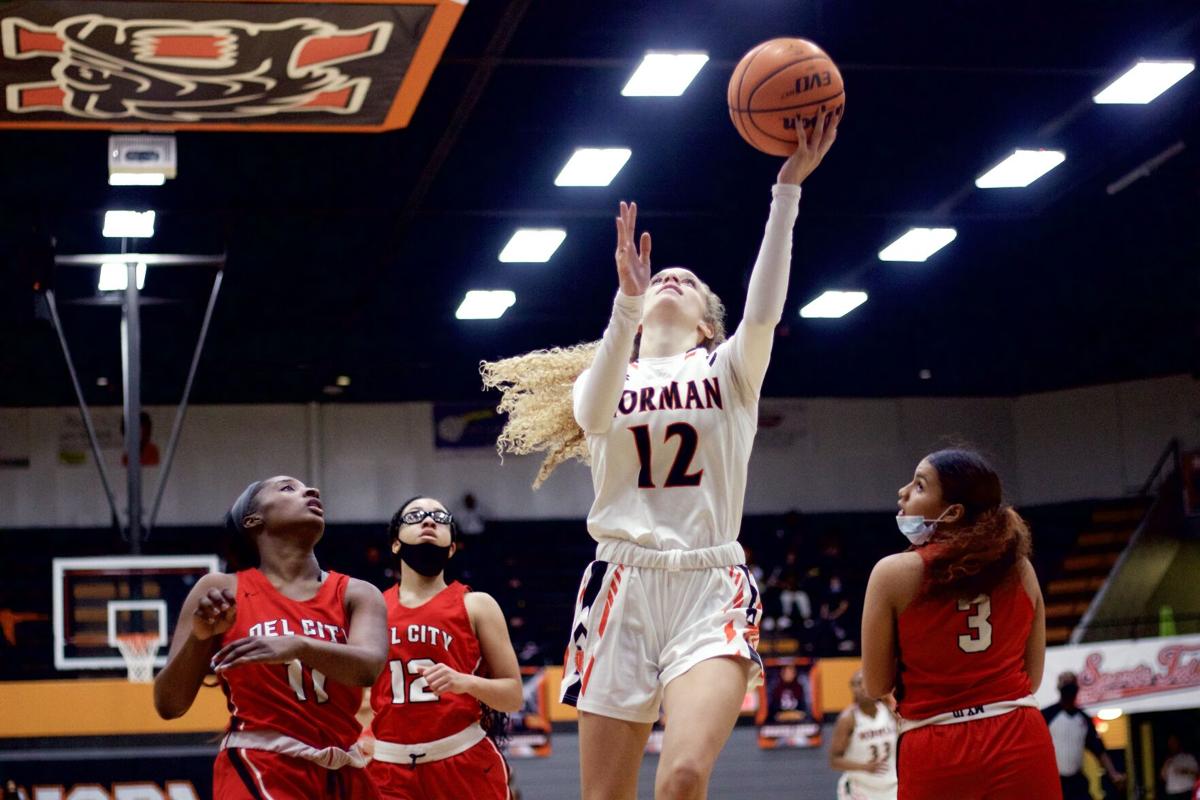 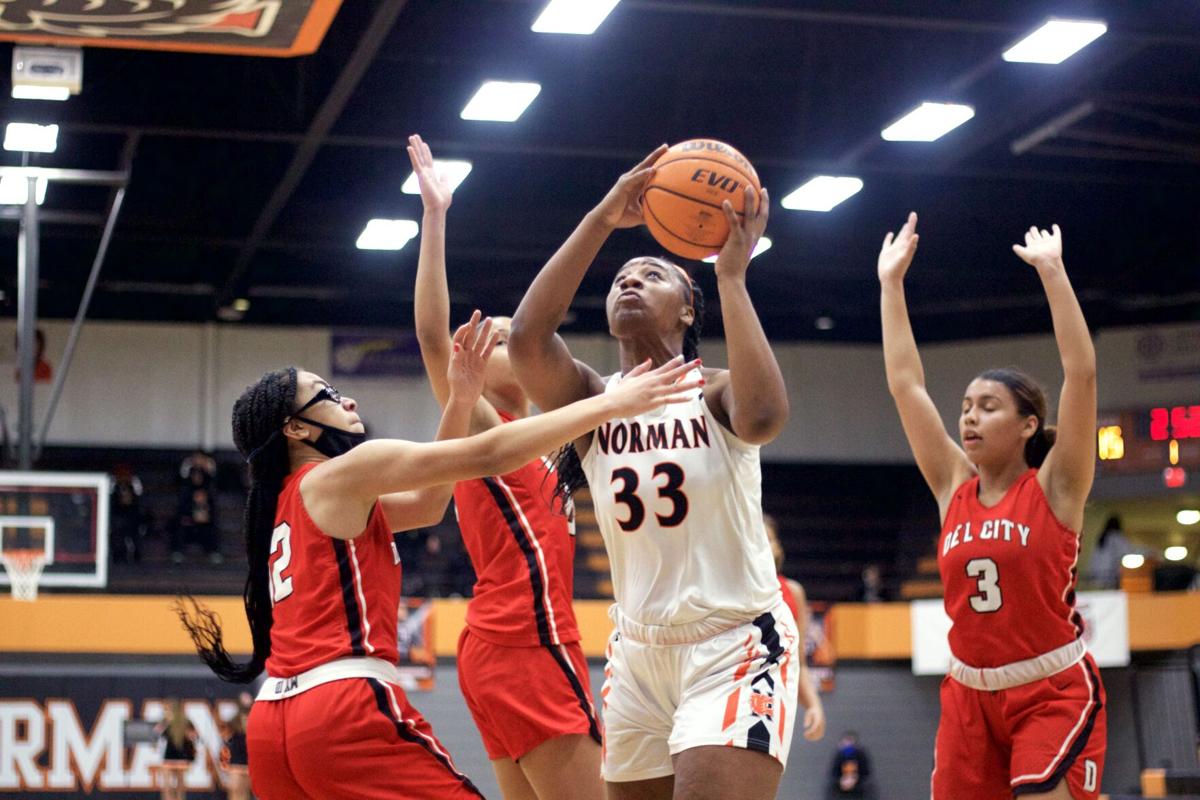 Norman High’s Chantae Embry goes up for a shot during the Tigers’ game against Del City on Thursday, Dec. 10 in the Joe Lawson Invitational at NHS gym. 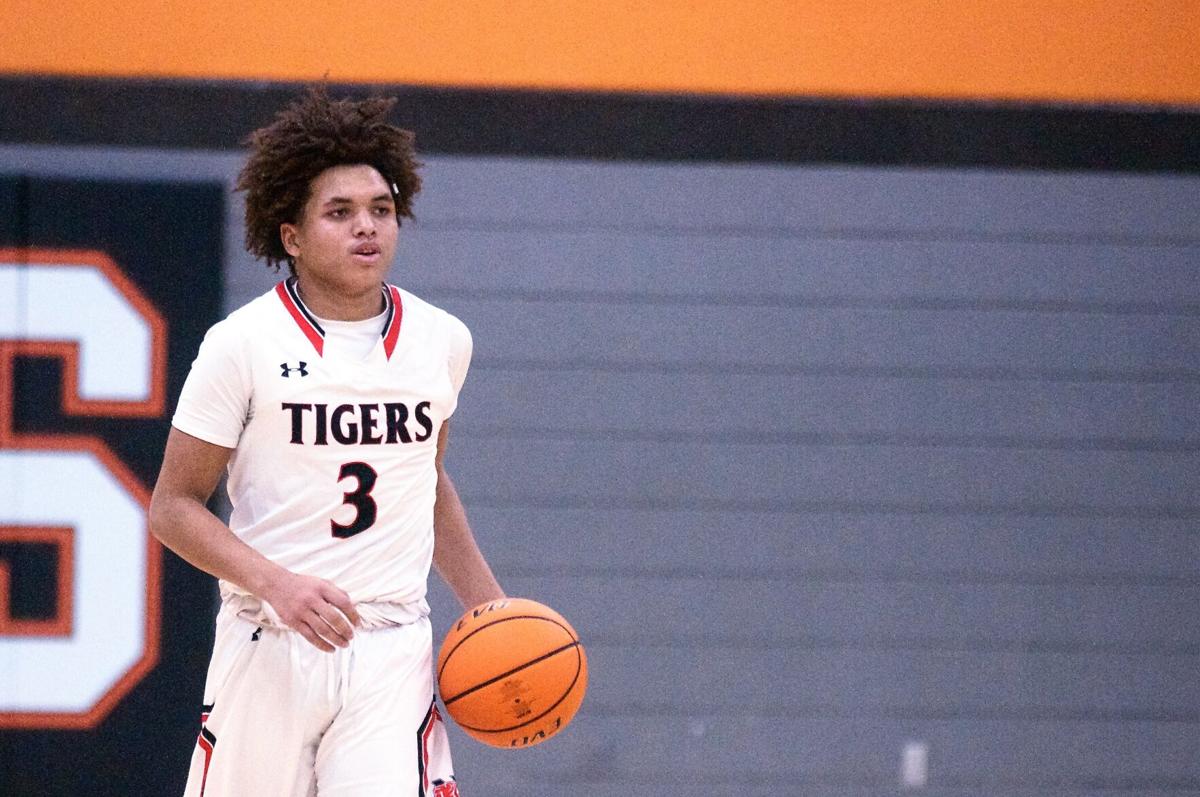 Norman High’s Chiante Tramble brings the ball up the floor during the Tigers’ game against Tulsa Memorial on Thursday, Dec. 10, 2020, in the Joe Lawson Invitational at NHS gym. (Joe Buettner / The Transcript)

Norman High’s Chantae Embry goes up for a shot during the Tigers’ game against Del City on Thursday, Dec. 10 in the Joe Lawson Invitational at NHS gym.

Norman High’s Chiante Tramble brings the ball up the floor during the Tigers’ game against Tulsa Memorial on Thursday, Dec. 10, 2020, in the Joe Lawson Invitational at NHS gym. (Joe Buettner / The Transcript)

“Before we even get out on the court, the expectation has to be set that if you’re on the court,” Neal said, “play the right way.”

The Tigers won 71-38, maintaining a high level of play throughout the contest.

Two steals and a ripped offensive rebound by sophomore Aaliyah Henderson opened up a quick 13-0 lead for the Tigers. Instead of taking their foot off of the gas, senior Kelbie Washington proceeded to dive out of bounds for three different loose balls, one of the dives propelling her into the metal bleachers.

That type of effort pushed their run to 25-0.

“Whenever they do get up, they know the principles that we pay attention to as a team.” Neal said. “How are we guarding and are we hustling? Especially in a game like this, we don’t want to break that habit.”

NHS looked unstoppable, and nearly the entire starting five shot 100% from the field in the first quarter. As the lead continued to build, the Tigers’ starters kept honing their craft, running set plays, working the ball around and offensive moves they don’t normally attempt.

Washington threw several full-court dimes, all of which hit their mark. Senior forward Chantae Embry brought the ball up the court more often and Mikayla Parks handled the ball a bit more than she usually does while Washington ran off-ball.

The Tiger defense stifled Del City all night with their length at the rim. Embry and Myka Perry held up the interior with their size, but Parks had a pair of blocks of her own, one of which was a chase-down on a Del City player.

Neal used much of the second half to develop the players on his bench after his starters extended the lead beyond 30 points.

A strong effort by the Norman High boys couldn’t make up for 14 turnovers and a stagnant offense in 64-46 loss to Tulsa Memorial to open the Joe Lawson Memorial Invitational Tournament.

Chiante Tramble did his best to punch the offensive ticket in the first half, burying a deep three late in the second. But an apparent arm injury would pull him out for much of the competition beyond halftime. He still led the team in scoring at the end of the game with 11 points. Connor Goodson added eight of his own and attacked the boards.

NHS boys coach Rodney Dindy wishes his team would have had the opportunity to scrimmage before the season to iron out some of the offensive issues that have popped up early in the Tigers’ season.

“Conditioning, the mental part of the game, not seeing what ‘game speed’ is like in scrimmages is something that we all took for granted,” Dindy said, “and we’re just playing through it all right now.”