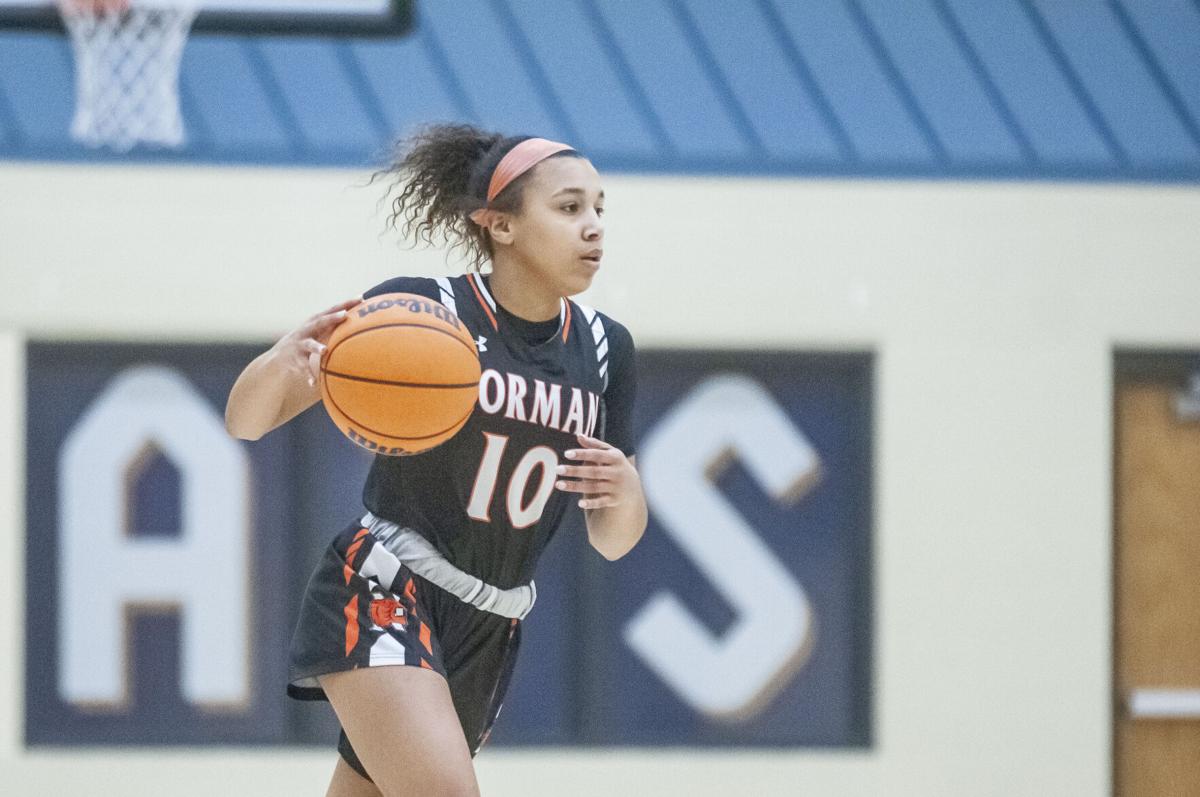 Norman High point guard Kelbie Washington brings the ball up the floor during the Tigers’ victory over Southmoore Tuesday night. 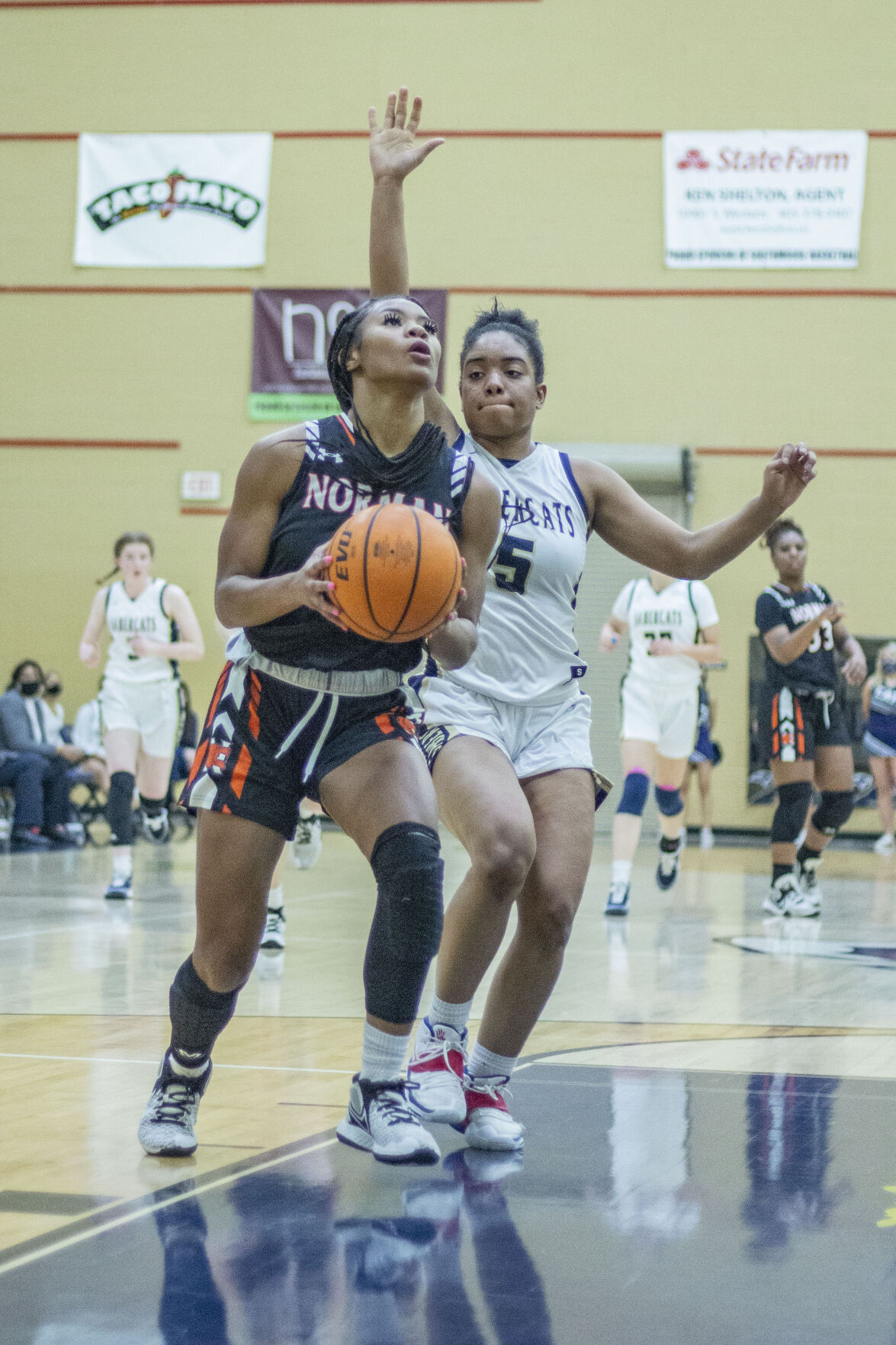 Norman High's Aaliyah Henderson goes up for a lay-up during the Tigers' game against Southmoore on Tuesday, Feb. 2, 2021, in Moore.

Norman High point guard Kelbie Washington brings the ball up the floor during the Tigers’ victory over Southmoore Tuesday night.

Norman High's Aaliyah Henderson goes up for a lay-up during the Tigers' game against Southmoore on Tuesday, Feb. 2, 2021, in Moore.

MOORE — The Norman High and Southmoore girls were tied briefly in the first quarter following both teams’ opening possessions.

Fortunate for the top-ranked Tigers, that’s as competitive as their Tuesday night road game would get. NHS (12-0) rolled to a 78-30 victory, extending its winning streak, which dates back to the 2019-20 season, to 34 games.

The Tigers didn’t drain 3-pointer after 3-pointer to get there — they made just 3 from distance all night. Rather, NHS relied on its defense to create offense and offensive boards to ensure its lopsided win.

NHS sophomore Aaliyah Henderson was the catalyst, whether she was racing down the floor on a fast-break or fighting in the paint to grab rebounds.

Even once the Tigers’ lead became insurmountable, Henderson was relentless in NHS’ blitz.

“I just think it’s her niche. She’s never not been that way,” NHS coach Michael Neal said. “So, all she knows is to do that. That’s whenever you see the extra possessions, the offensive rebounds. She attacks with such violence. and that’s the only way she knows how to play.”

Henderson, who can serve as both a post and extra guard, scored a team-high 23 points, most of which came in the first 16 minutes.

The underclassman lived at the free-throw line, knocking down eight foul shots by the half. She posted 20 of her 23 points during that span, helping NHS go ahead 47-9 at the break.

Southmoore (2-10), which made just one field goal in the first quarter and three more in the second, struggled to contain NHS’ core group with both senior Chantae Embry and junior Mikayla Parks notching 10 points and Kelbie Washington finishing with nine.

Getting those points, however, didn’t always come easy.

Making their 48-point win all the scarier, Embry and Washington didn’t get their normal looks to fall. Washington went 4 of 12 from the floor, while Embry went 4 of 9. Parks was a perfect 3 of 3 inside the 3-point arc but 0 of 4 from beyond.

“Regardless of the shots not going in, they got some steals. They try to keep people in front first half, they held them to single digits mean, that’s all I can ask in a game like this,” Neal said.

It certainly didn’t sway NHS’ victory, nor Neal emptying his bench in the second half, mixing in his reserves with starters at times.

Freshman Zya Vann, who’s found a spot in NHS’ rotation regardless of the score, took advantage of her extended minutes, finishing with 12 points.

NHS is back home against Yukon at 6 p.m. on Friday.