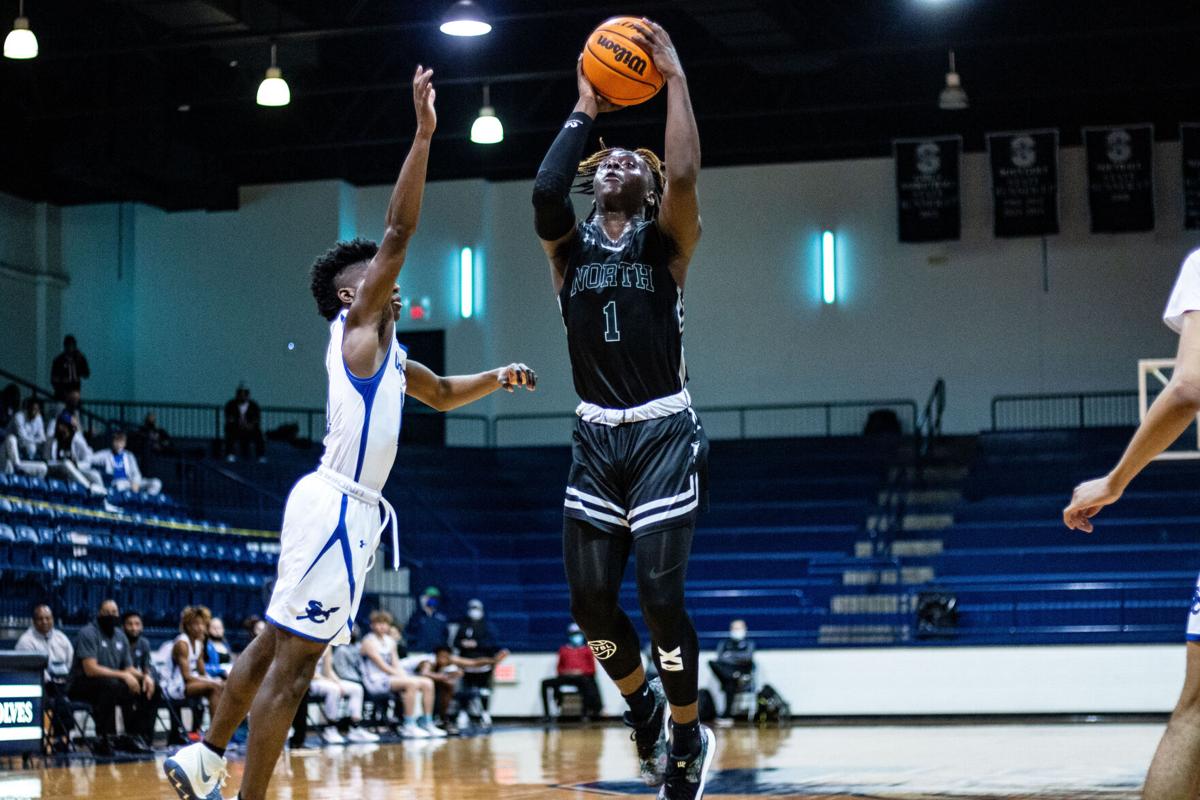 Norman North guard Jaylon White (1) puts up a shot during the T-Wolves’ game against Sapulpa Saturday in the Shawnee Invitational third-place game in Shawnee. 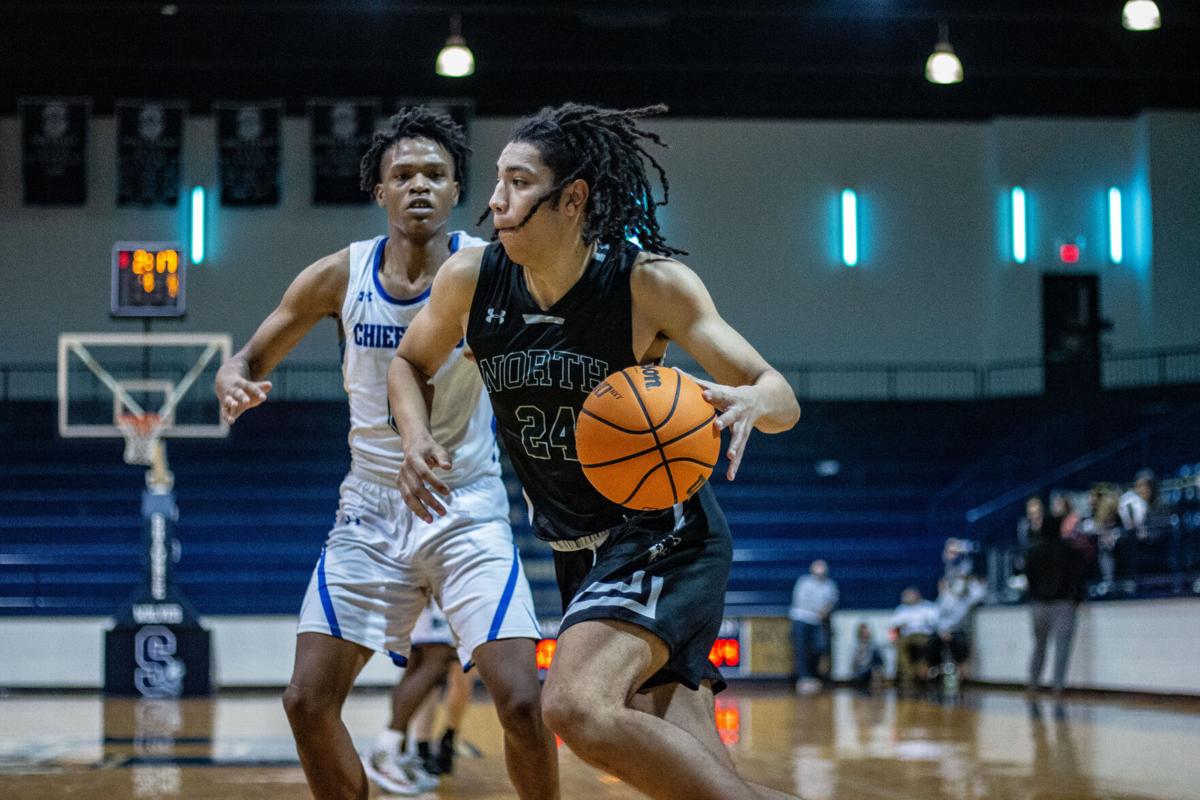 Norman North’s Kayden Carter drives to the hoop Saturday during the T-Wolves’ game against Sapulpa in the Shawnee Invitational third-place game on in Shawnee.

Norman North guard Jaylon White (1) puts up a shot during the T-Wolves’ game against Sapulpa Saturday in the Shawnee Invitational third-place game in Shawnee.

Norman North’s Kayden Carter drives to the hoop Saturday during the T-Wolves’ game against Sapulpa in the Shawnee Invitational third-place game on in Shawnee.

SHAWNEE — Jaylon White’s never met an overtime he didn’t like his team’s chances in.

North needed overtime to win after allowing a 13-point advantage in the second half to slip away. But White, the T-Wolves guard named to the weekend’s all-tournament team, never doubted he and his teammates.

He didn’t the night before either, when North gut-wrenchingly fell in overtime to Broken Arrow in the Shawnee Invitational semifinals. Even when things weren’t going his and North’s way on Saturday, his mindset was unfazed against Class 5A’s fifth-ranked Sapulpa.

“We just corralled together and just played for each other,” White said. “I made a few mistakes down the end, and my guys picked me up.”

Sapulpa never quite recovered from North throwing the first punch in the overtime period and allowed the T-Wolves to score 18 in the four-minute period after the T-Wolves were on the wrong end of a suboptimal fourth quarter.

“We didn’t panic too much,” North coach Kellen McCoy said of his team in overtime. “We just got super careless with the ball at the end the fourth, and then just allowed them to get some turnovers and go finish it in transition”

Before Sapulpa made its second-half run, North had built a 32-21 lead by halftime and looked completely in control.

Both White and North forward Kayden Carter had 10 points each in the first 16 minutes. White also knocked down three 3s during the span.

North’s looks behind the 3-point arc dwindled in the second half. Sapulpa held North to just one made 3-pointer in the final 16 minutes of regulation before allowing one in OT.

It put the responsibility on North’s offense to make plays in the paint, which also became difficult with Sapulpa’s length in the interior.

“They did a good job pressuring the ball and they denied the wings,” McCoy said. “… Sometimes your only option is to drive it downhill, so our guys did a good job attacking and making plays.”

Hearne finished with a team-high 22 points, while White and Carter provided 20 and 13, respectively.

Following a blowout win over Southeast on Thursday, an overtime loss to Broken Arrow Friday evening and Saturday’s victory, McCoy sees plenty of room for his team to grow but felt the T-Wolves matured through the experience.

“We take steps back at times,” McCoy said, “but we’ve got to be able to handle situations like tonight, like last night and we gotta be able to handle adversity and fight through it. So, these guys are learning and getting better.”

North (12-3) is off Tuesday and will return to play at home against Deer Creek next Friday.