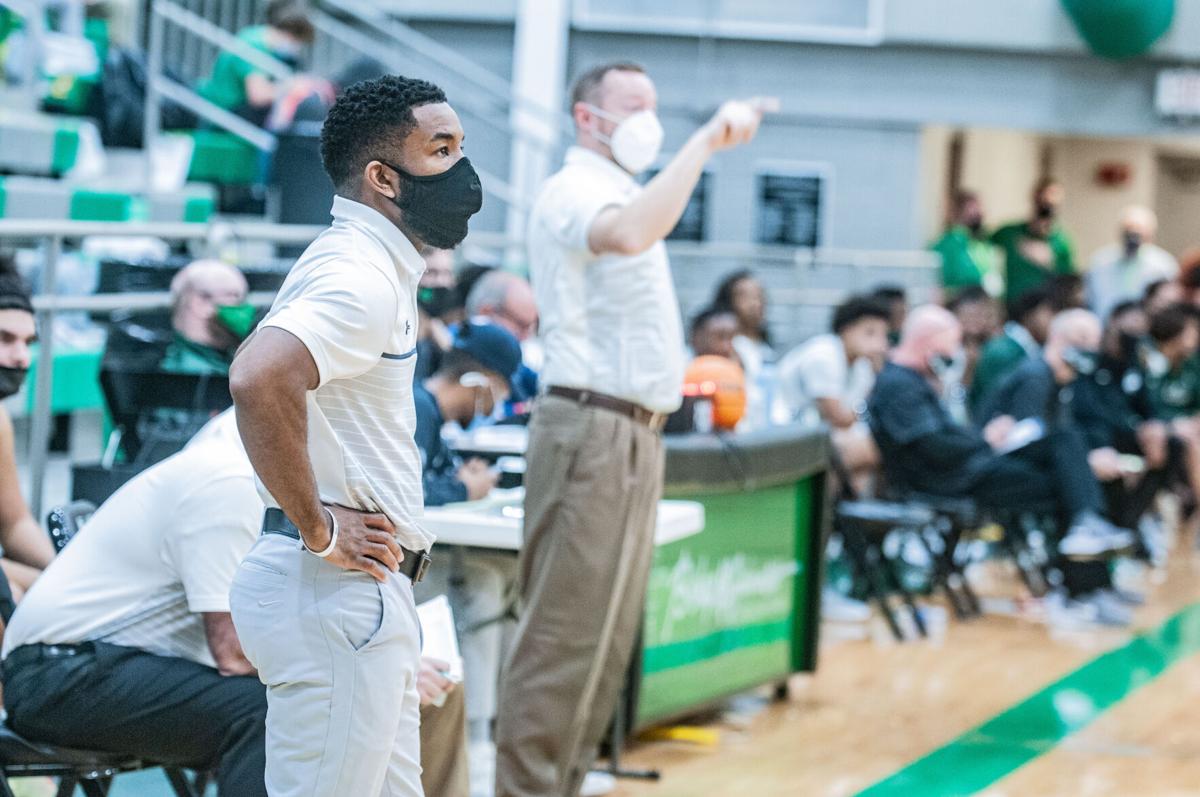 Norman North boy’s basketball coach Kellen McCoy looks on during the T-Wolves’ game against Edmond Santa Fe at the McGuinness Classic in Oklahoma City on Jan. 7. 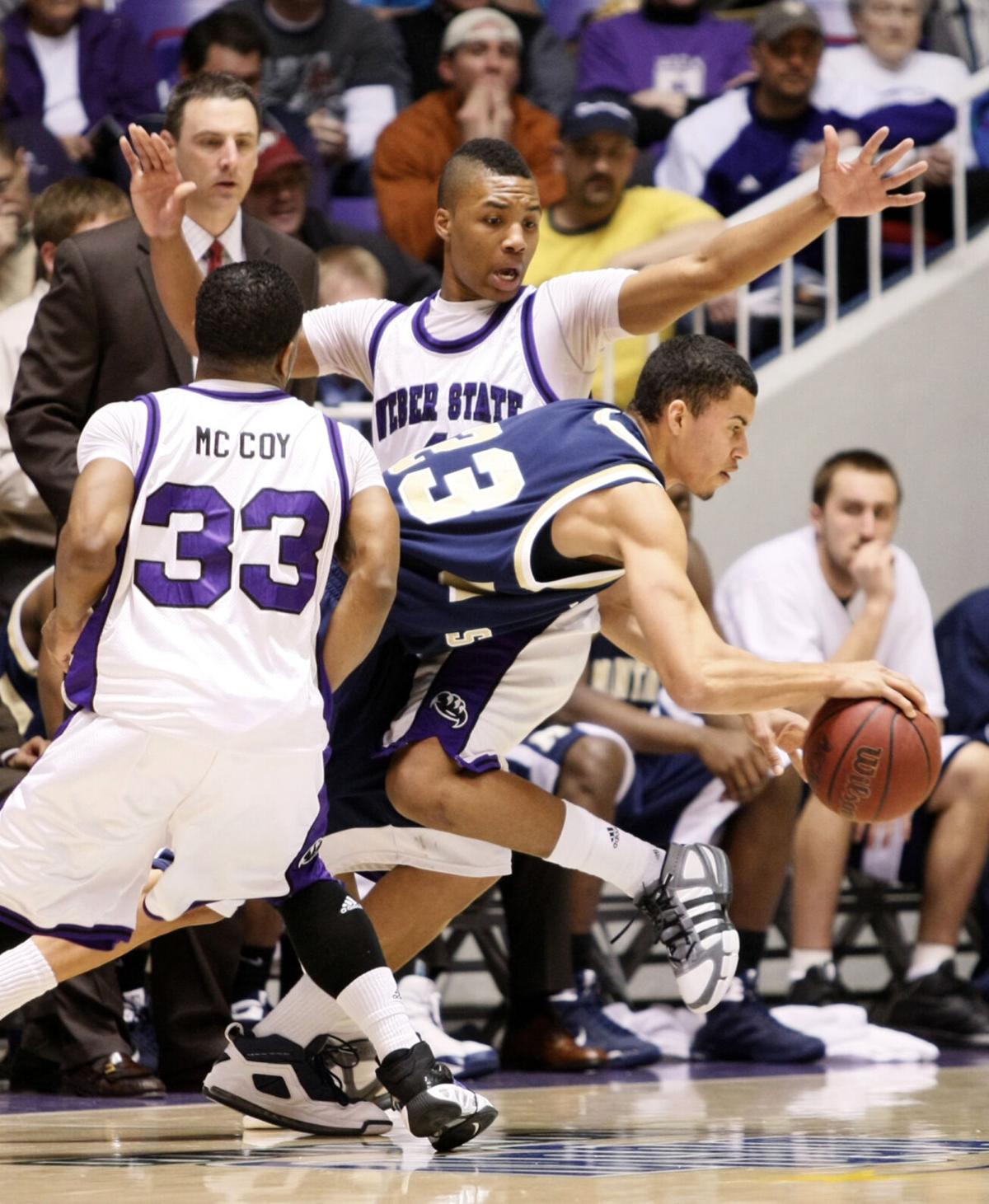 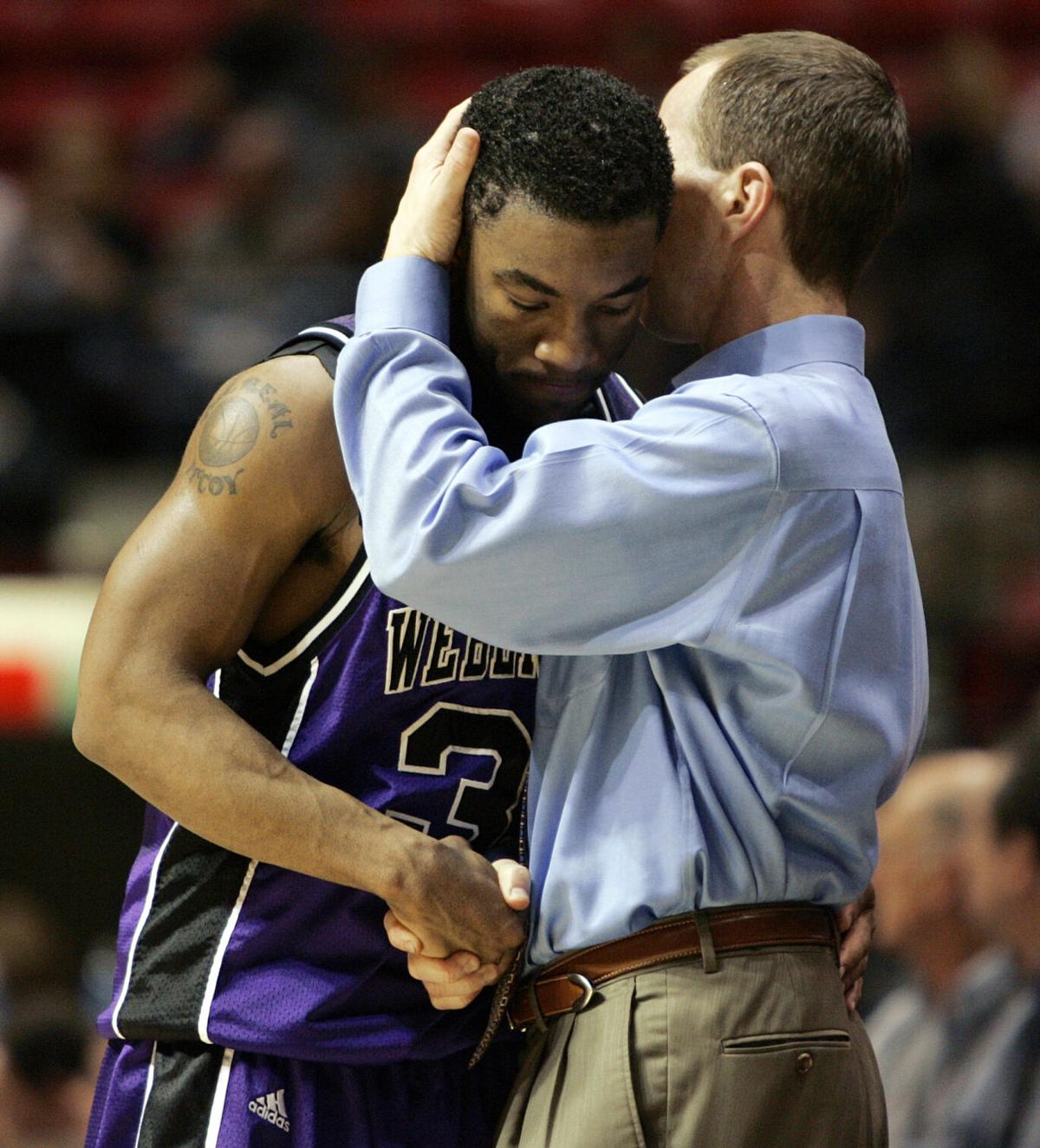 Norman North boy’s basketball coach Kellen McCoy looks on during the T-Wolves’ game against Edmond Santa Fe at the McGuinness Classic in Oklahoma City on Jan. 7.

Damian Lillard had one of those nights.

Thirty-one points, 10 assists and seven rebounds to pair with four consecutive makes from beyond the 3-point arc over the fourth period’s final 4:11. His late-game heroics sealed a 115-104 victory for the Portland Trail Blazers against the Oklahoma City Thunder Tuesday evening, adding to an already electric 2020-21 run for the nine-year NBA veteran.

It’s the kind of ending sports media companies and reporters fawn over, blasting stats and highlights to their social media feeds, often with a brief, punchy caption. For Lillard, “Dame Time,” though typically typed in all caps, is the go-to.

Kellen McCoy, Norman North High School’s boys basketball coach, couldn’t help but notice Lillard’s praise, which has come regularly as he’s averaged 29.8 points and 7.7 assists through 28 games this NBA season. The 33-year-old coach retweeted the love thrown at the NBA Most Valuable Player candidate, who delivered the extraordinary performance at Oklahoma City’s Chesapeake Energy Arena, which isn’t far from where McCoy has established himself as the leader for one of Oklahoma’s top high school basketball programs.

Perhaps few can appreciate Lillard’s rise to stardom as much as McCoy, because he not only saw it firsthand but played a role in it.

McCoy was a senior on Weber State’s men’s basketball team, a Division I program based in Ogden, Utah, when Lillard was a freshman.

“It was a great year for me to be able to play with somebody like him, to see what it took to be an MVP-level player showing up every night,” Lillard said. “He was just a dog, man, but an even better person to be around.”

Though their basketball paths intersected for just a year, McCoy showed Lillard how to lead a team. The road to their unlikely playing relationship, however, begins in Tonkawa, Oklahoma.

Jeff Linder, a Weber State assistant coach at the time, informed Rahe of a junior-college prospect the Wildcats should consider. The program was in the market for a guard, and Linder thought Rahe should take a closer look at McCoy, a Norman High graduate who attended NOC his first two years of college.

“He said, ‘Now the only downside is he’s not very tall,’” Rahe recalls. “And he didn’t say how tall he was.”

Rahe went to Oklahoma, to a town with a population of just over 3,000 residents, to see the prospective transfer, but was early to NOC’s practice, scheduled around 8 p.m.

Players were trickling into the gymnasium as he waited, and he saw a man, no taller than 5-foot-6 and the hood of his sweater over his head, walk in front of his car into the facility.

“God, I hope it’s not him,” Rahe remembers thinking.

Rahe’s fears were realized when he entered the gym and learned the player was, in fact, McCoy.

But as he often did during his playing career, McCoy proved another doubter wrong.

“It didn’t take very long to figure out size didn’t matter with this kid,” Rahe said. “He could flat out play.”

McCoy, who flew up and down the court, scored the ball at will and still gritty enough to throw his small frame in the paint for rebounds, did enough to quickly receive an offer from Rahe and signed with the Wildcats.

There was an adjustment period for the newcomer, who was able to run the point or serve as a shooting guard, during his first semester in Ogden. After averaging 19.5 points and 4.8 assists as a two-year starter at NOC, McCoy was primarily a reserve his first year at Weber State, starting just two games during the 2007-08 season.

“We had to push him hard and get him to that next level,” Rahe said. “But he worked his tail off. He had this internal motivation to prove people wrong, that he could play Division I, even at his size. He just came here and went to work.”

The Norman native finished his first year with a team third-leading 8.8 points per game and would only get better the next year with help on the way.

Randy Rahe had a problem to solve in his backcourt.

Damian Lillard, a lightly recruited freshman, arrived at Weber State for the 2008-09 season. The Oakland, California, native was undoubtedly skilled from the start of his four-year college career but he leaned on McCoy, who Rahe saw budding with confidence as his own game improved, for guidance.

“Damian figured it out pretty quick,” Rahe said. “But I do think that Kellen, in some sort of way because he was older, helped Damien get situated, understand what we’re all about as a program and helped him get comfortable quicker and play well sooner.”

McCoy and Lillard spent plenty of time with one another, regularly training their lone year together in college. Lillard didn’t have a car his freshman year, so he relied on McCoy for rides to practice, as well as frequent trips to the Burger King located just half a mile from the Wildcats’ home arena.

While Rahe’s backcourt never lacked skill, chemistry or Whoppers, his issue was how to use the guards.

McCoy and Lillard were both more than able to facilitate the offense. McCoy started the 2008-09 season as Weber State’s primary ball-handler, while Lillard played both the point and shooting guard.

McCoy noticed Lillard’s lack of a solidified role weighing on his running mate. Weber State’s offense was complicated by design, and adding more responsibilities seemed to put a strain on Lillard’s influence.

It prompted McCoy to go to the coaching staff and pitch he play the two spots and allow Lillard to exclusively run the point. McCoy, seeing the gem Weber State had in Lillard, told Rahe the freshman guard was thinking too much and not playing freely.

“When we made that switch, Kellen took off, Damian took off,” Rahe said, “and it was good for our team.”

Finally in sync, the Wildcats ended the regular season with 12 consecutive wins and a 15-1 record against Big Sky opponents.

Lillard, who scored 11.5 points per game and shot 43.4% from the floor, was named the conference’s Freshman of the Year, while McCoy, averaging 14.1 points with marks of 47.7% from the field and 43.8% from 3, made the jump from a reliable bench option to the Big Sky’s Player of the Year.

McCoy was never outspoken or selfish as the face of Weber State’s program. His example in practice and games was enough. All McCoy cared about, Rahe and the rest of the program learned, was winning.

“I think to play with somebody that was that small and cared that much and that was that fearless, it made me better,” Lillard said, “And going into my sophomore year, that next year, it showed me the kind of passion and pride that I need to have to lead a team. … That was a big year of my college career and had a big impact on what my career turned into.”

Lillard went on to win the Big Sky Player of the Year award the next season and again two years after that. Meanwhile, McCoy played two seasons of professional hoops in Europe before returning to the United States to start his coaching career.

McCoy began as an assistant at Emporia State, a Kansas-based Division II program, before taking a graduate assistant role under coach Lon Kruger at OU for a season and a full-time assistant coaching position at Weber State for the 2013-14 season.

Family led McCoy from Ogden back to Oklahoma, where he’s become a respected high school basketball coach, as well as a coach for Team Griffin, a grassroots basketball organization apart of the Nike Elite Youth Basketball League, none of which comes as a shock to Rahe.

“Some kids have a different level of basketball interest and knowledge, and I could see that his last year where that was really growing,” Rahe said. “He was a basketball junkie. I could see it when he left here.

“… I’m not surprised at all that he’s doing a great job with his high school team, the AAU stuff, and the development of players. And not just the mentoring of players, but by being a high character, high integrity person and keeping them on the right path from that standpoint. He’s doing great to be where he is and to do even more.”