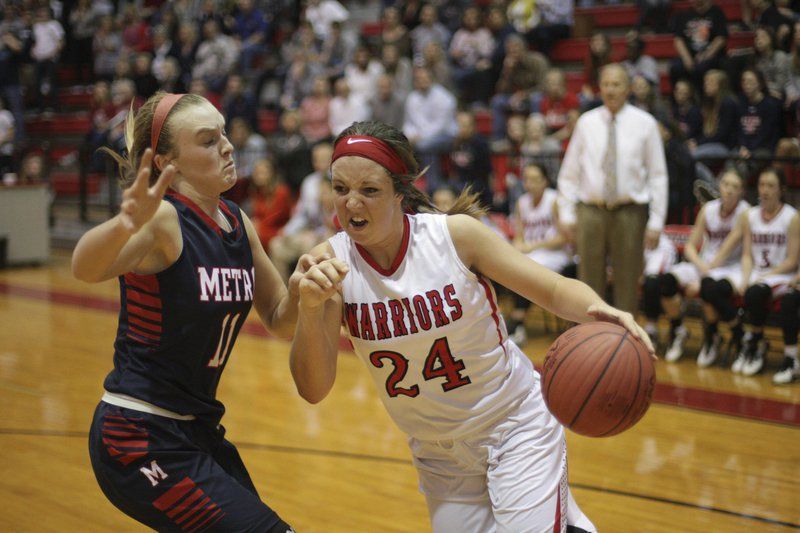 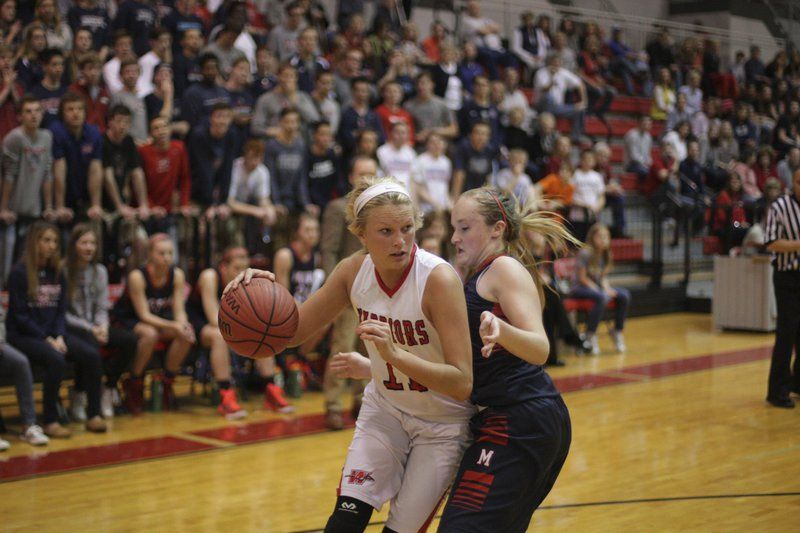 Washington's Dagan Lampkin, right, drives past Metro Christian's Allie Spear on her way to the basket Thursday during the quarterfinals of the Class 3A state tournament at Carl Albert High School in Midwest City. 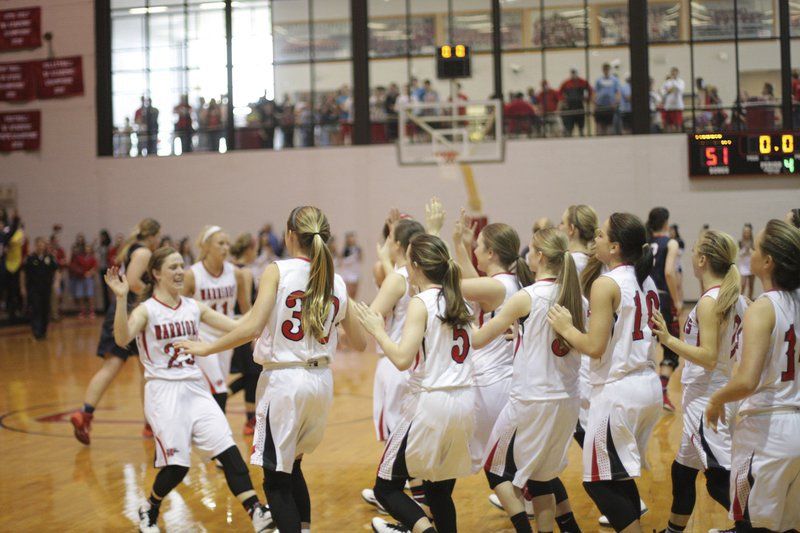 The Washington Warriors celebrate their victory over Metro Christian of Tulsa in the quarterfinals of the 3A State Basketball Championships at Carl Albert High School in Midwest City Thursday, March 12, 2015.

Washington's Dagan Lampkin, right, drives past Metro Christian's Allie Spear on her way to the basket Thursday during the quarterfinals of the Class 3A state tournament at Carl Albert High School in Midwest City.

The Washington Warriors celebrate their victory over Metro Christian of Tulsa in the quarterfinals of the 3A State Basketball Championships at Carl Albert High School in Midwest City Thursday, March 12, 2015.

MIDWEST CITY — After collecting two fouls in mere seconds, totaling four in all, Dagan Lampkin was mad at herself.

“I know better than to put it in the hands of the officials,” she said.

Also, though Kelsey Johnson wound up leading everybody with 21 points and 10 rebounds, in the paint and beyond, her shot wasn’t going down after the half.

The Washington girls, locked in an unfamiliar tight game in the opening round of the Class 3A state tournament at Carl Albert High School, closed strong.

The Patriots pulled no closer and the Warriors won going away 51-40.

“I thought it would be an easier game,” Washington coach Rocky Clarke said. “Didn’t you.”

Then again, isn’t that what state tourney basketball’s all about?

Washington, now 27-1, its only loss to Class 4A No. 1 Anadarko by a measly four points, will face Chisolm at 4:30 p.m. today inside State Fair Arena, looking to get back to the state championship game, where it can claim its first gold ball since 2007.

“I don’t know that I’d say we survived. I never really got scared that we might lose,” Johnson said. “I just thought we pulled through.”

With Lampkin on the bench, the Warriors took to long half-court possessions on one end and lockdown defense on the other. Both teams scored just four points in the third quarter.

Then, with Lampkin back, and perhaps with new energy after slowing the ball down the previous frame, the Warriors came on strong.

They committed no turnovers in the final 8 minutes, better ball movement made for some easier looks and in a couple of moments, like when Lampkin and Nevada Denton scored unassisted from the very same spot on back-to-back possessions, individuals simply made plays.

Denton made more than one, scoring eight of her nine points in the final frame, and she could have made it 13 had she earned and hit ever free-throw available to her.

Twice the lead reached 13 points in the fourth quarter, though a couple of 3-pointers from Patriot guard Brooklyn Chaffin kept the Warriors from pulling too far away.

“That dude can go,” Clarke said of Chaffin, who led Metro Christian with 14 points.

Washington threatened to run away with it early, when Johnson, its 6-foot-3 center, did the most damage.

She canned 5 of 7 shots in the first half, including a 3-pointer, and all four of her free throws to help stake the Warriors to a 28-19 edge.

It wasn’t exactly what the Warriors had planned.

Especially at the state tournament.

Articles appearing on The Norman Transcript sports page on March 13, 2015