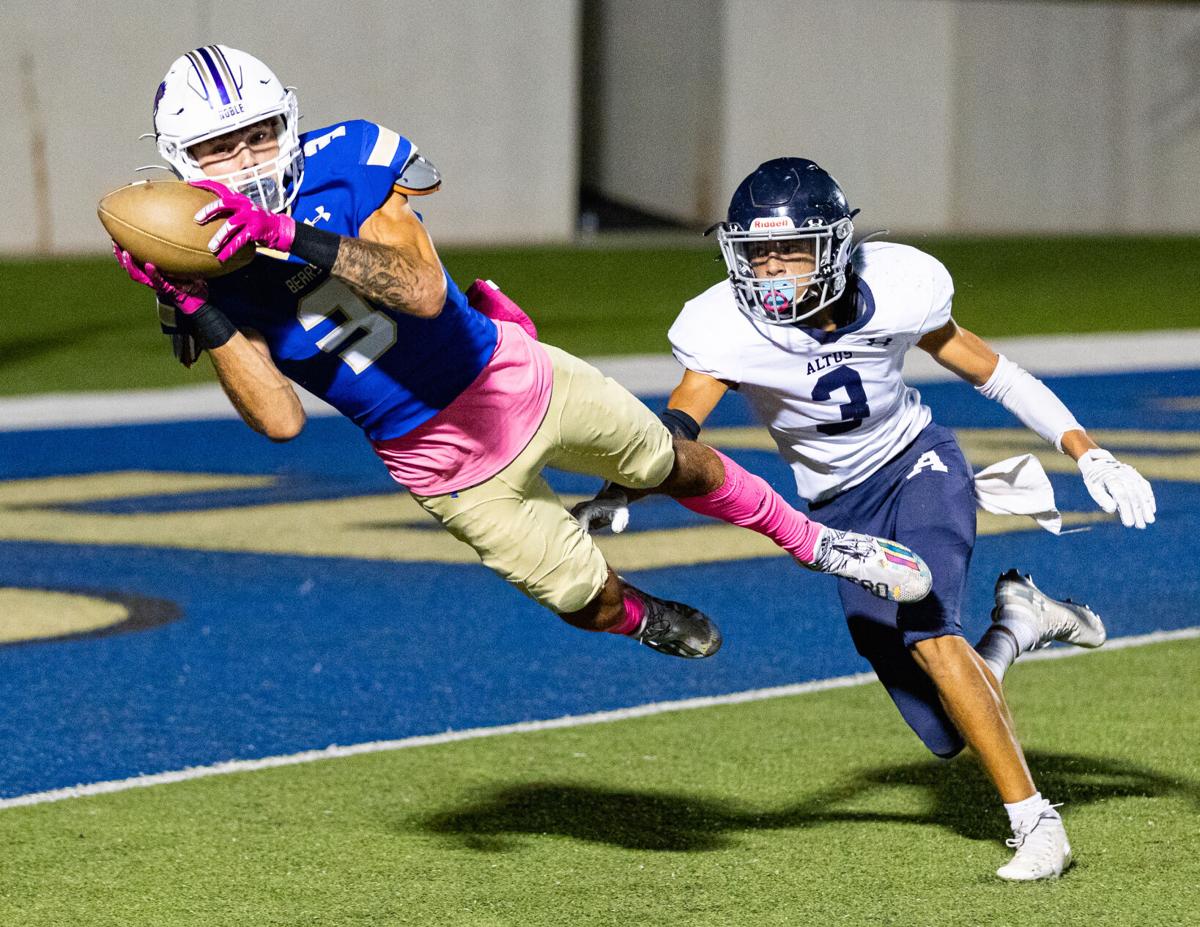 Noble Bears Trevor Wardrip (3) dives for a catch near the end zone during a game against Altus on Thursday at Noble High School. 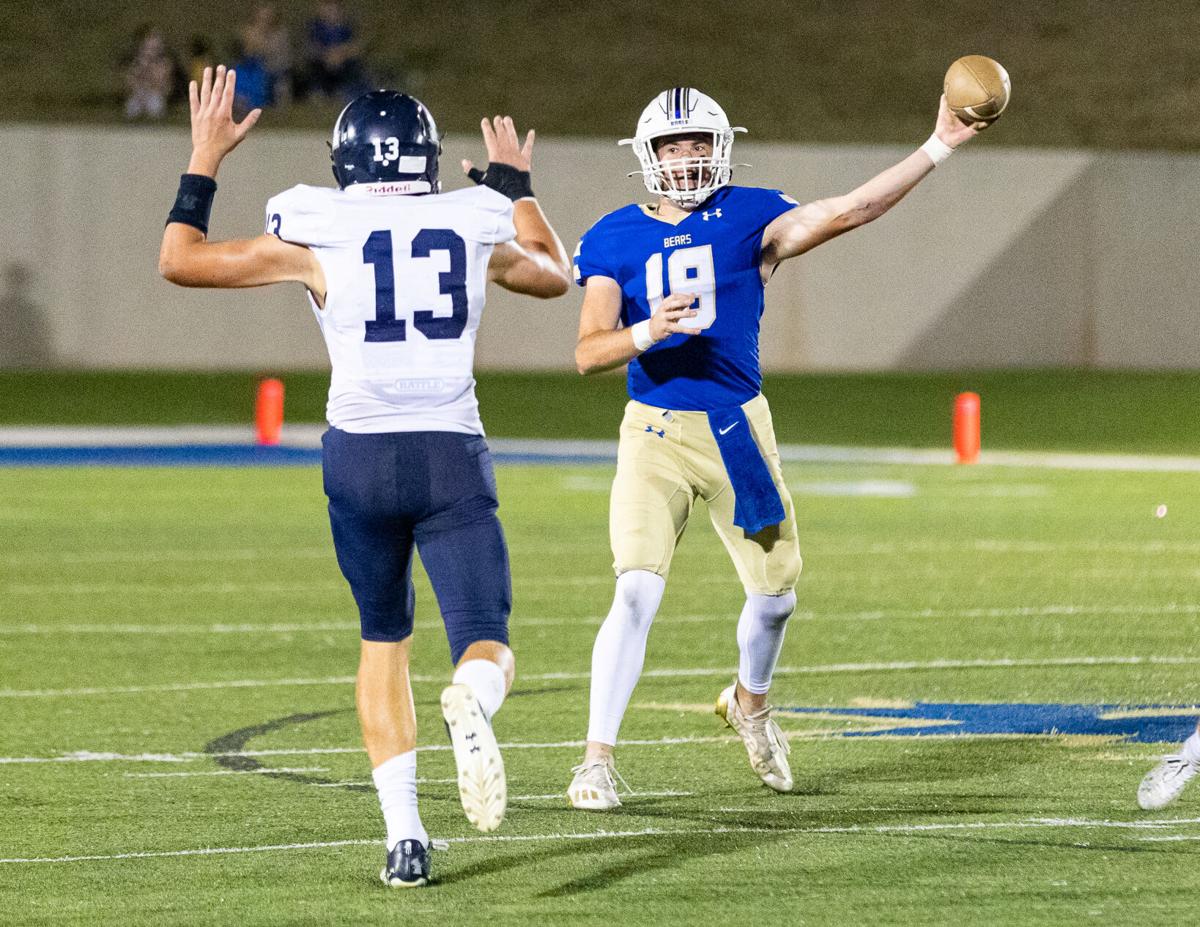 NOBLE — In nearly every game this season, the Noble Bears have made offense look easy.

They have weapons all over the field. They can beat teams through the air. They can keep it on the ground with running back Colin Thomas and quarterback Colin Fisher.

On Thursday against Altus (1-5), the running game gave the Bears an early lead before using the pass to seal a dominant 42-7 win, their fifth game scoring more than 40 points this season.

The Bears came into their homecoming game as heavy favorites against the lowly Bulldogs, and they had a clear advantage on the offensive and defensive line.

On the Bears’ first drive of the game, Thomas received six carries and gained 52 yards on the ground, consistently picking up yards as the Bears gradually moved down the field.

“We took what they gave us,” George said. “We’re kind of no huddle, we’re gonna throw what they give us. It was there, so we ran it. Our offensive line did a good job opening those holes and getting the first downs.”

When Thomas didn’t get the ball, the Bears left the decision making in Fisher’s hands. And in the first half, he used his legs.

Though the play call was originally a pass, Fisher scored on a four-yard run early in the second quarter to give the Bears a two-touchdown lead. It was the same story later in the quarter, as Fisher scrambled and found his way for a 15-yard touchdown.

By the end of the first half, Fisher and Thomas combined for 125 yards on 14 carries — nearly nine yards per carry.

But the Bears switched gears in the second half.

Fisher came out looking for his receivers, finding wideout Trevor Waldrip down the field for a 50-yard score.

It took the Bears one play on their next drive to score — this time, Fisher found Brandon Harper on a 65-yard score, as Harper easily slipped past the Altus secondary.

“In the second half, we kinda got on a run and found some deep balls,” George said.

The Bears final score came late in the third quarter, as Fisher connected with Harper again for 17 yards. Harper finished the game with seven catches for 119 yards and three scores.

While the team has found success running the ball this season, it’s been the air-raid system that has made it one of the more explosive offenses in Class 5A.

Fisher, who’s been enjoying a breakout season at quarterback, finished the game with 313 yards passing and six touchdowns. He’s up to 24 scores on the season.

“He’s just a competitor,” George said. “If he has to pull it down [and run], he wants to go score. He throws the ball great.

“I’m glad we have him. He’s one of those kids that he’s a gamer. When the lights come on, he tries to find a way to make plays.”

The defense did its part, too, holding Altus scoreless until a garbage-time touchdown late in the fourth quarter.

The Bears (5-1) are officially past the halfway point of the regular season and have already surpassed last year’s win total by two.

The team faces a tough home test on senior night next Friday against MacArthur (6-0), but against Altus, the team showed how dominant it can be on both sides of the ball.

“I thought we played a complete game,” George said.