No. 1 Oklahoma finished its three-game sweep of Kansas on Sunday.

In the first game of the series against Kansas State, the Sooners scored 14 runs on 16 hits.

It’s one of the biggest clichés for a team in any sport because it’s accurate.

It wasn’t a perfect season for the Norman North girls by its standards, but it was enough to give the T-Wolves plenty of confidence about their chances heading into the playoffs. 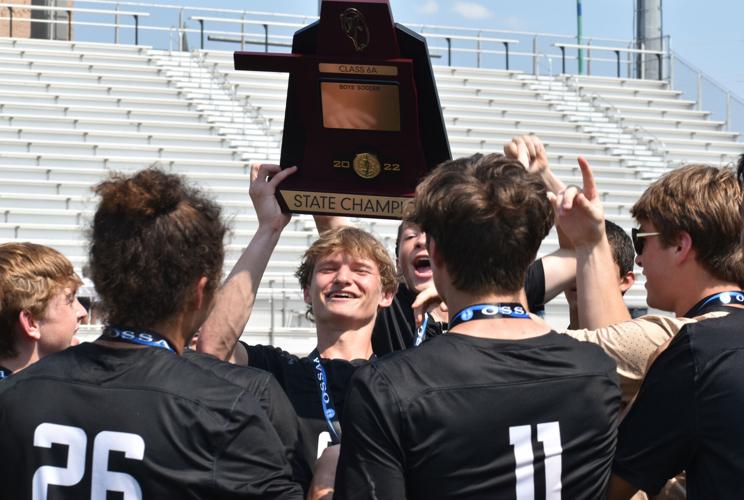 Norman North’s soccer team team celebrates their win over Mustang in the 6A state soccer championship, Saturday, May 14, 2022, at Taft Field. 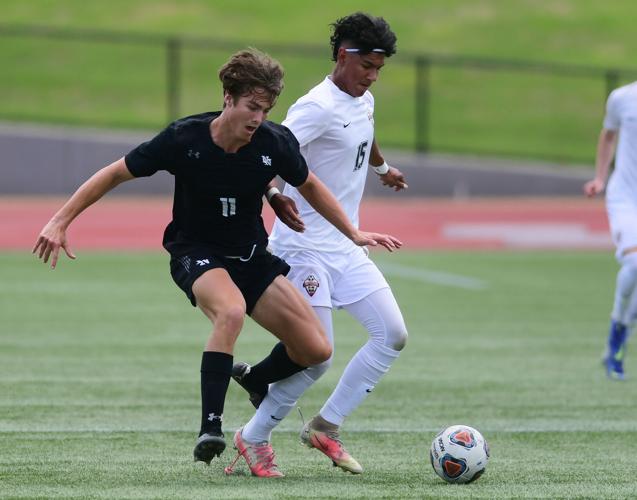 Norman North’s Bond Blackman attacks the ball during the Timberwolves’ game against Mustang in the 6A state soccer championship, Saturday, May 14, 2022, at Taft Field.

Norman North’s soccer team team celebrates their win over Mustang in the 6A state soccer championship, Saturday, May 14, 2022, at Taft Field.

Norman North’s Bond Blackman attacks the ball during the Timberwolves’ game against Mustang in the 6A state soccer championship, Saturday, May 14, 2022, at Taft Field.

Everybody knew before him.

But he had to look.

Norman North had put together all kinds of chances. It made Mustang keeper Chance Johnson make nine different saves in the first half alone. It carried the action pretty much the whole game, yet all in vain until Madrigal and Angle got together on a play their coach advocated against from the sideline.

When Angle looked, he saw the ball in the net and moments afterward it was official.

The T-Wolves, by a 1-0 count, had nailed down the program’s seventh state soccer championship and it’s first since 2015.

North coach Khalil Benalioulhaj was the first to admit his sideline counsel had been against Madrigal’s cross.

“I was asking for the ball not to be thrown into the box,” he said. “Gabe was the only guy in the box. There were three [Mustang] guys in there and only him.”

It was his turn again. Madrigal figured as much.

He didn’t even see the defenders.

“Gabe and I have that chemistry,” he said. “I know he’s always there and I know to find him every single time.”

The cross came forward from about 32 yards out on the right side. Angle received it about seven yards from goal, near even with the right post.

He saw the defenders.

“I saw everyone, and I was like, you know, I’m gonna take my chances,” he said. “I’ve scored against them every time so far and there’s two minutes left, so why not just send it.”

He knew he got his head on it, yet bumped by a defender in the process, his sense of direction was lost.

So he had to look.

It was sweet deliverance for a program that had previously made a habit of playing for and winning state titles.

Benalioulhaj took over following the 2018 season. It took time to build it back up, but the T-Wolves are yet again atop the state’s soccer mountain.

For most of Saturday’s 80 minutes the T-Wolves played like they belonged there only to have nothing to show for it.

The first, with 22 minutes remaining, he won the race to a ball played up the middle in front of three Mustang defenders who pressured him from behind, while Johnson moved from his crease to challenge from in front. Carroll’s 10-yard attempt sailed a foot over the crossbar.

Not quite 12 minutes later, Carroll cut loose from long range. A beauty of a strike, it was all Johnson could do to put a fingertip on the ball, nudging it just high enough to clip the crossbar and bound out of play.

“It was frustrating,” Carroll said. “But we pushed through as a team, we played hard, I think we won it as a team. We played to the last whistle.”

The victory put an exclamation point on a season that began with three losses but also with six T-Wolves on the mend, not yet on the pitch. From there, North won 13 of 16 and did not allow a goal the last four weeks of the season, closing with shutouts over Moore, Mustang, Edmond Santa Fe, Norman High, Jenks and Mustang again.

Even Saturday, it wasn’t until 2 minutes remained, moments after Angle’s goal, that a North keeper recorded a save.

The first 51 minutes, Carter Higgins did not have to get in the way of a Bronco attempt. For 27 more, neither did Will Sutherlin, who relieved Higgins in Saturday’s sweltering heat.

Nor was the Bronco try much of a shot, rolling to Sutherlin, who easily scooped it up.

It took forever for the T-Wolves to get on top, yet they were nearly never in danger of falling behind.

“They did a fantastic job. They have a lot to be proud of,” Benalioulhaj said. “As a coach, you can only hope for a group that works as hard as this, that listens to you as much as this, that buys into what you’re trying to do. They’re a special group.”