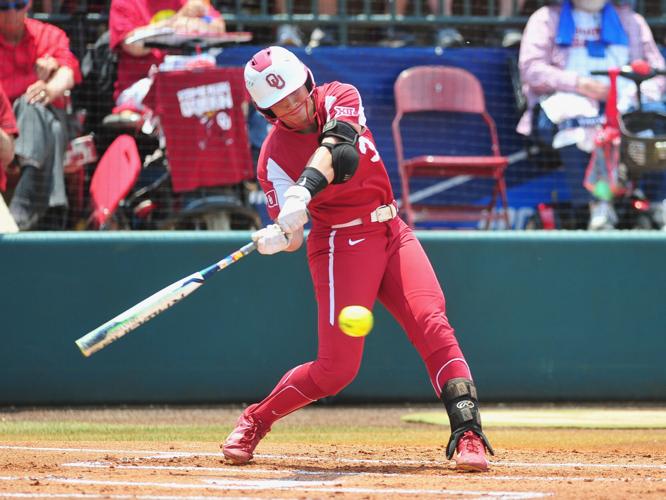 OU’s Grace Lyons swings at the ball Saturday during a game against Central Florida at Marita Hynes Field. 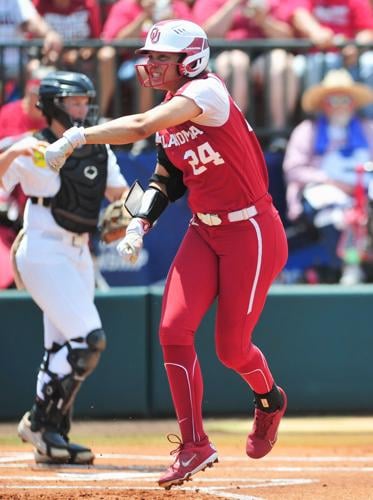 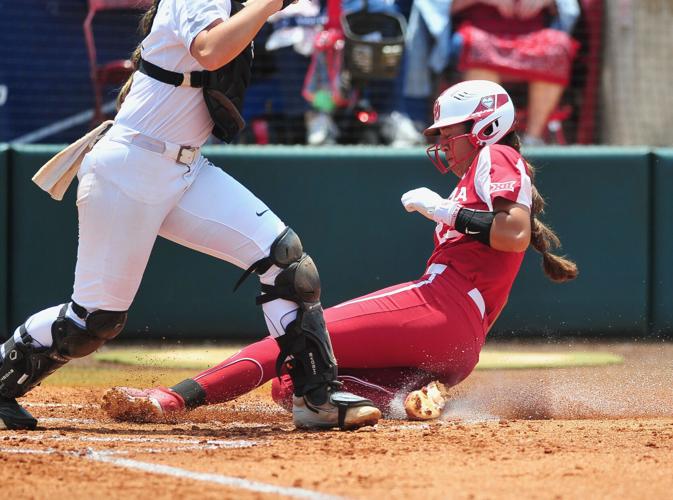 OU’s Grace Lyons swings at the ball Saturday during a game against Central Florida at Marita Hynes Field.

With Oklahoma leading UCF by one, it was Grace Lyons who stepped up first to the plate in the third inning.

The first pitch went past her for a strike, but it didn’t phase her. and she found what she was looking for on the second pitch, sending a solo home run over the left field fence to extend the Sooners’ lead.

That run helped create separation. But she didn’t stop there.

The Sooners strung a few hits together in the fourth inning, with Jocelyn Alo and Tiare Jennings getting on base prior to Lyons’ third at-bat of the game. She again hit another home run, this time to right center, scoring three runs to give the Sooners a five-run lead.

That proved to be the biggest hit of the game and helped lead the Sooners to a 7-1 win over UCF at Marita Hynes Field, securing the sweep in the NCAA Super Regional.

The win advances the defending-champion Sooners to the Women’s College World Series for the sixth straight season.

For Lyons, who finished with two runs and accounted for four of the team’s seven runs, the key was to play relaxed.

“I think coming into this game, we were thinking about how to play loose and, as fast as we could, get a hot start,” Lyons said. “I think all of us, you could tell top to bottom how free we were at the plate. I think when we pass the bats and we learn from the at-bats before us, I think that leads to success up and down the lineup.”

It appeared that would be the Alo’s final plate appearance at home. But the Sooners’ batting lineup made it back to Alo in the seventh inning, and she made it to base on balls.

It wasn’t the storybook ending for Alo, but she was more concerned with getting the win.

“It’s kind of bittersweet that it’s my last game here at Marita,” Alo said. “And it’s been the quickest five years. It’s gone by in the blink of an eye, and I’m sad that I won’t get to play another game here again, but I wouldn’t want to go out any other way. and even if I didn’t hit a home run, I still went out with a [win] and that’s all that matters. and we’re going back to the World Series.”

Defensively, Nicole May led the Sooners from the mound. She pitched all seven innings and surrendered just three hits and one run, which came on a UCF home run in the sixth inning, while striking out four batters.

“She just loves big moments,” OU coach Patty Gasso said of May. “And she seems to thrive when the pressures on. I was really proud of her. I won’t get into detail, but she made some big adjustments that really changed the game.”

The Sooners (54-2) will be in Oklahoma City for the WCWS next week, which begins Thursday. The team will be looking for its second-consecutive national title and the sixth in program history.

“I feel the best I’ve felt about this team right now,” Gasso said. “And we’ve gone through a lot of expectations and pressure and all the other things that come along with being No. 1, and the thing that these guys have done a good job of [is] they don’t talk about it a lot. We don’t wish it upon us...

“I was really proud of this group today.”