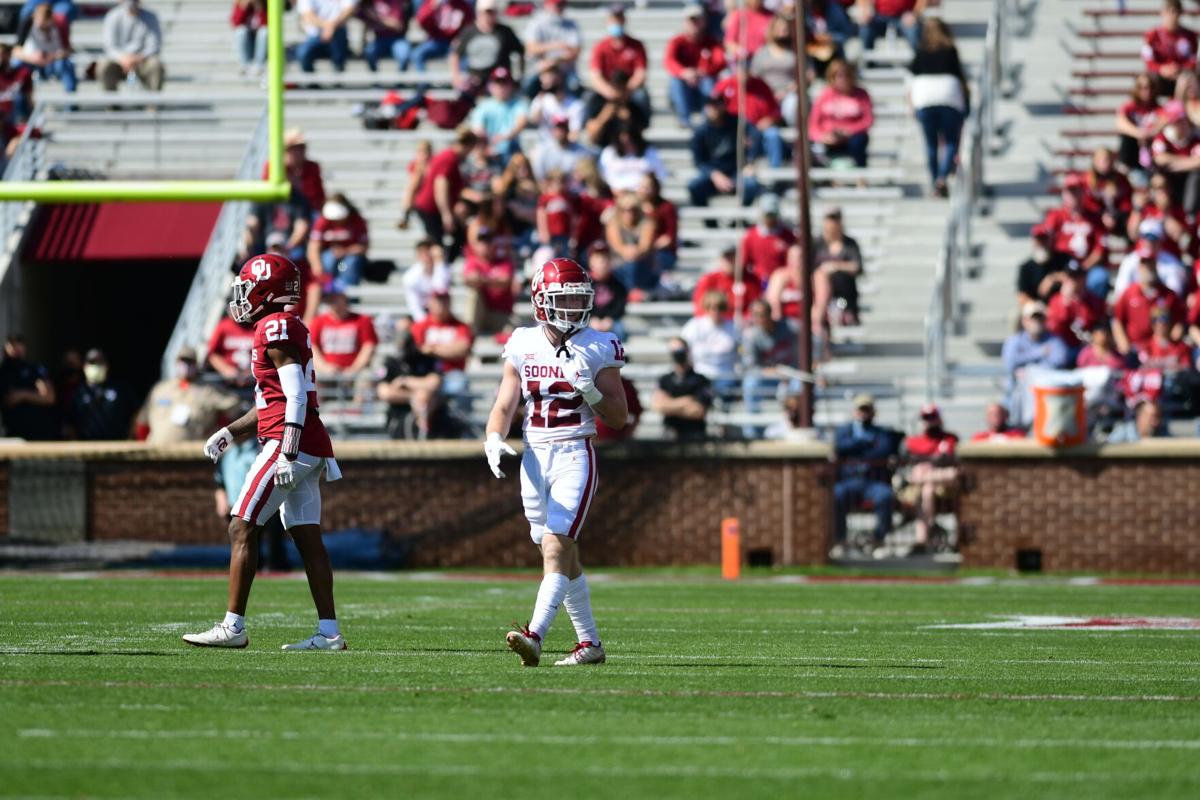 Oklahoma receiver Drake Stoops walks onto the field during the Sooners’ spring game on Saturday at the Gaylord Family-Oklahoma Memorial Stadium. After the game, OU coach Lincoln Riley announced the walk-on would be placed on scholarship. 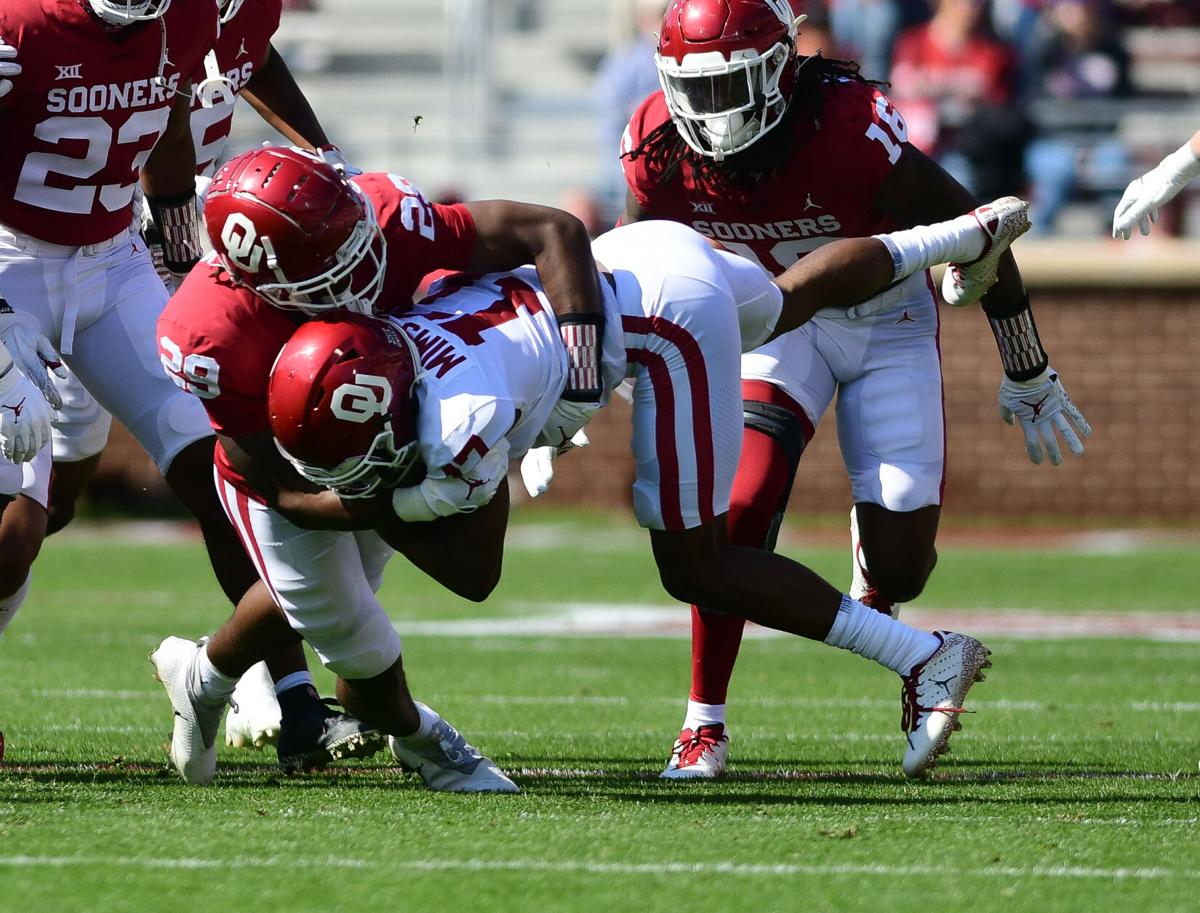 Oklahoma receiver Drake Stoops walks onto the field during the Sooners’ spring game on Saturday at the Gaylord Family-Oklahoma Memorial Stadium. After the game, OU coach Lincoln Riley announced the walk-on would be placed on scholarship.

NORMAN — Gathered near midfield, Oklahoma’s players erupted as Drake Stoops stood at the center and wore a big smile.

Just before the celebration, OU coach Lincoln Riley informed the walk-on junior receiver and his teammates he was on scholarship.

The announcement had been two weeks in the making. Riley identified the spring game as the best opportunity to introduce OU’s newest scholarship player.

His teammates seemed more than thrilled for the former Norman North standout.

“That’s our guy right there. ... He’s one of our go-to guys on those third downs, on those quick drive starters, he’s always getting open,” OU quarterback Spencer Rattler said. “He works harder than anybody and he just keeps his head down. He’s very humble about it. He deserves it. I’m happy for him.”

Stoops arrived at OU in 2018 but didn’t become a regular in the offense’s receiver rotation until a year later. Over 26 appearances, he’s caught 25 passes for 330 yards — good for an average of 13.2 yards each reception.

Riley said the program has been conservative to fill its vacant scholarship spots with the NCAA’s ongoing rule changes.

While Riley didn’t specifically refer to the new legislation, the NCAA is progressing with changes to its transfer policies, which will make it easier for first-time transfers to move from one school to the next.

Awarding Stoops a scholarship, however, was a priority for Riley.

“It’s been a long time coming honestly,” he said.

It’s no surprise for the mid-year enrollee, who arrived at OU via Choctaw over the winter break and has impressed through spring practices.

“Much further along than we anticipated,” OU defensive coordinator Alex Grinch said. “Still a long long way to go. Not even close to what he will do. But been pleased with that.”

• Letting it play out: OU receiver Trejan Bridges and running back Seth McGowan were noticeably absent from the Sooners’ spring game roster.

Riley was asked of their status following the scrimmage.

“No update,” Riley said. “Kind of like everybody else, just letting this thing play out from a legal standpoint and then we’ll make any decisions we’ve got to make from there.”

• Up to speed: OU’s coaches had an internal recruiting battle for Billy Bowman, a freshman mid-year enrollee.

The former consensus four-star prospect could have played either receiver or defensive back. Grinch ultimately won Bowman’s services.

“I don’t want to put too much on him, but put him a nickel role, he’s really taken off,” Grinch said of Bowman, who had one tackle and a pass breakup on Saturday.

“He has speed, he has quickness, he has ball skills. He’s a good football player. and from a mental aptitude standpoint, he’s done a tremendous job.”

Harris went 6-for-6 for 42 yards passing, leading the Sooners on a long-drive that ended with a field goal.

• Beautiful day: Aside from a packed stadium, OU running back Eric Gray couldn’t have asked for a better atmosphere in his first spring game.

“It felt great to be out there,” said Gray, who rushed for 23 yards on four carries and a touchdown. “In warmups when I put the helmet on and everything, I was like, ‘It feels great to play football.’ It was sunny, no clouds. This is football.”

OU announced attendance at 22,700. The university expects to return to normal capacity for the fall.