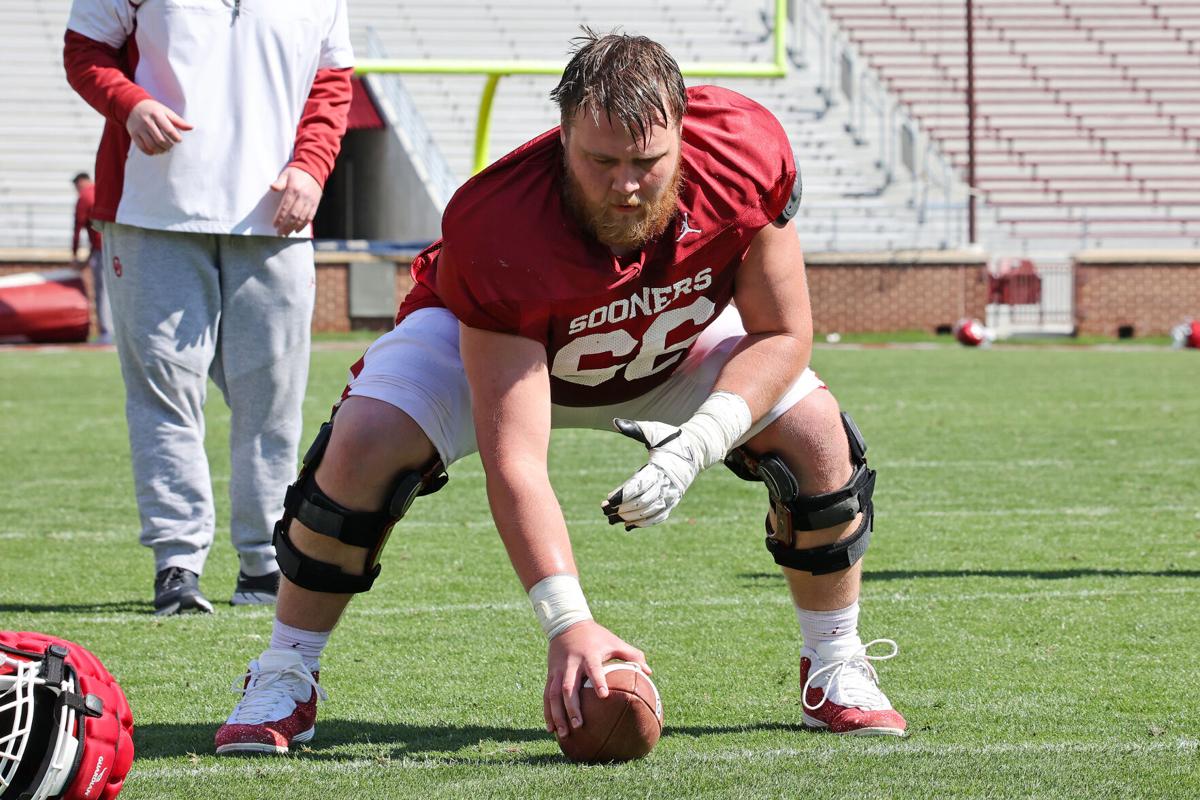 Oklahoma’s Robert Congel goes through a drill during the Sooners’ practice on Wednesday at Gaylord Family-Oklahoma Memorial Stadium. 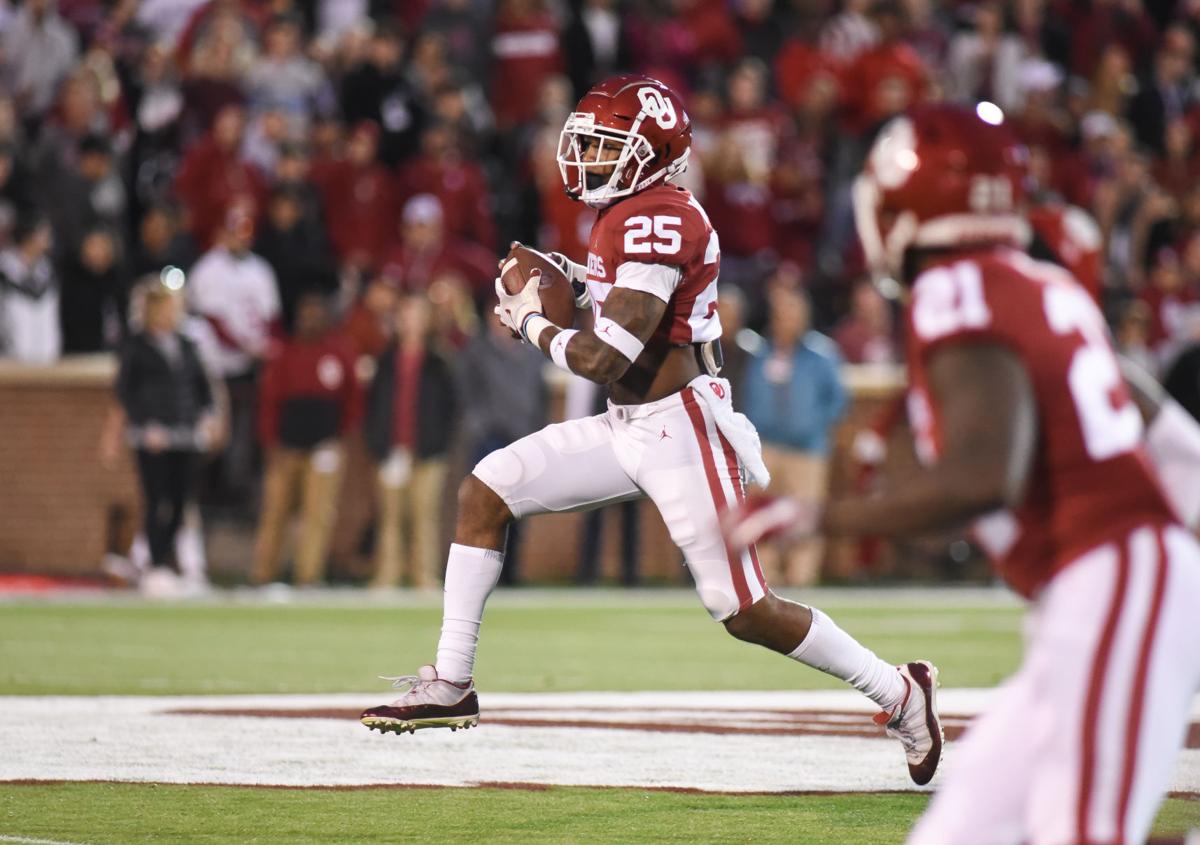 OU's Justin Broiles runs with the ball after an interception during the Spring Game, Friday, April 12, 2019, at Oklahoma Memorial Stadium.

Oklahoma’s Robert Congel goes through a drill during the Sooners’ practice on Wednesday at Gaylord Family-Oklahoma Memorial Stadium.

OU's Justin Broiles runs with the ball after an interception during the Spring Game, Friday, April 12, 2019, at Oklahoma Memorial Stadium.

Robert Congel didn’t need much convincing to transfer to Oklahoma.

“I was looking at a couple of places and when coach [Bill Bedenbaugh] gives you the opportunity to come to Oklahoma,” Congel said, “you don’t mess that up.”

The 6-foot-4 offensive lineman, who’s vying for OU’s starting job at center, joined the Sooners this spring after spending three seasons with Arizona and one season at Texas A&M before that.

He’s found Bedenbaugh to be the coach he expected when the Sooners recruited him out of the NCAA transfer portal.

“So, you’re always being pushed. There’s never a comfort zone, and I love it that way and I know my offensive linemen do as well.”

Congel’s primarily played guard since matriculating to the college game from IMG Academy in Bradenton, Florida.

He might end up as a guard again, but he’s currently competing against Chris Murray, Ian McIver and Nate Anderson to take Humphrey’s old job.

Whether or not he ends up there, OU coach Lincoln Riley liked what Congel brought to the offensive line unit.

“He reminded us of a couple of guys that we’d had before with some of his position flexibility and some of the experience that he had,” Riley said. “… He was looking for an opportunity to come to place like Oklahoma and have a chance to compete for championships. So, we had what he was looking for and he had what we were looking for.”

• Strong showing: OU safety Justin Broiles was quick to be named when Riley was asked about who’s made a leap during spring practices.

“Justin Broiles has had a really good spring in our secondary,” Riley said. “I think the best, the most consistently he’s performed since he’s been here and he’s been here awhile. But I think he’s in a great spot and doing some really nice things.”

So, what’s changed for the fifth-year defensive back?

Broiles said it comes down to the “mental aspect” of football.

“I felt like the one thing that kept holding me back was myself and I had to figure out how could I unlock all of that,” Broiles said.

“Simply by doing the mental training and the mental preparation and the mental rehearsal, the sport psychology side of the game, that allowed me to take my game to another level.”

The Oklahoma City native has recorded 56 tackles, 2.5 tackles for loss and three pass breakups over the last three seasons.

• Promising start: Freshman receiver Mario Williams, a Class of 2021 signee who enrolled at OU this spring, is adapting well to the Sooner offense.

The former Rivals.com five-star prospect will be one of the offense’s fastest players and has a chance to make an immediate impact, according to assistant coach Cale Gundy.

Rivals.com considered him the second-best receiver in the 2021 recruiting class.