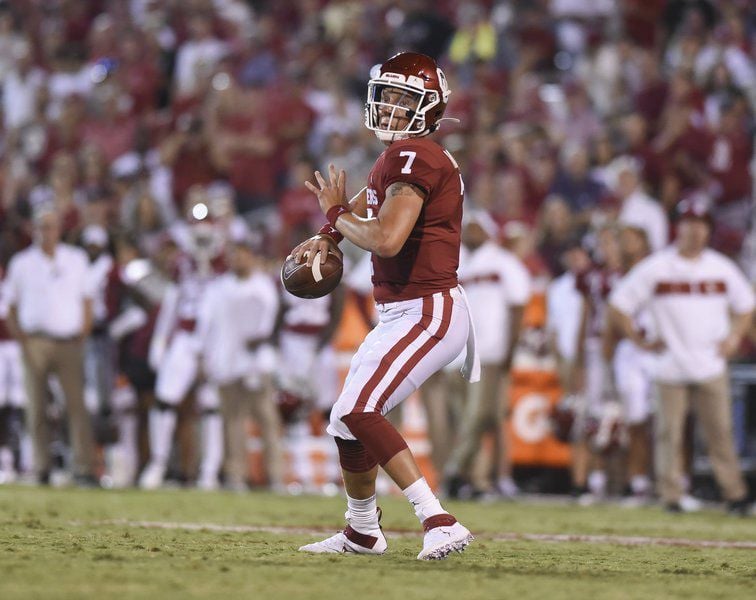 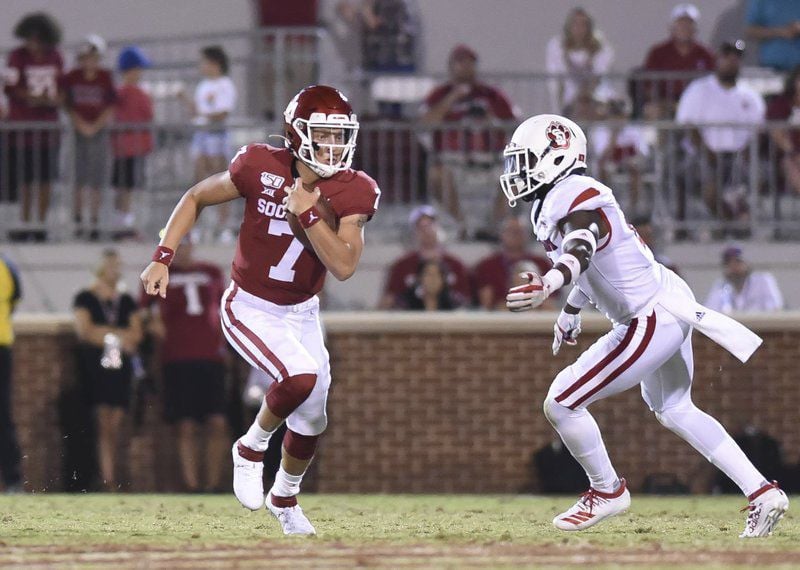 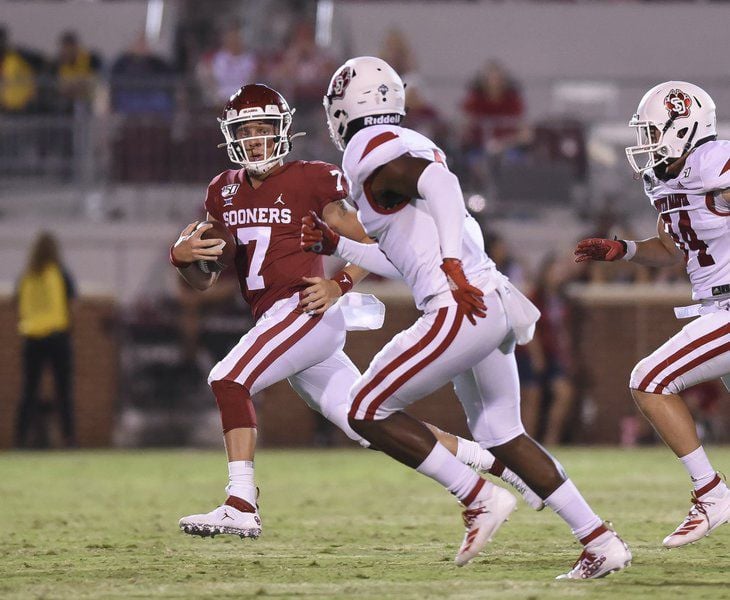 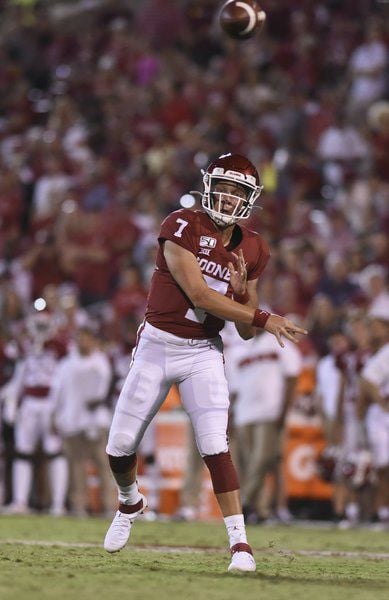 A six-foot freshman trotted onto Owen Field to roars from the Oklahoma home crowd.

The Phoenix, Arizona, native, who coach Lincoln Riley referred to as ‘the puppy” following OU’s 70-14 win over South Dakota, entered the game during the fourth quarter to thousands of empty seats.

Those who endured the entirety of the runaway win, however, saw former five-star quarterback Spencer Rattler’s first opportunity to operate OU’s offense.

The freshman completed each of his four passing attempts for 50 yards through the air. He ran for 15 more yards on two carries and gave the crowd another reason to cheer with a nine-yard strike to fellow OU freshman Trejan Bridges in the end zone.

Rattler was the third quarterback to enter the Week 2 victory. He waited out a 259-yard and three-touchdown performance from Jalen Hurts and another 114 yards through the air and two touchdowns from backup Tanner Mordecai.

He made the most of his chance, though, as a scout-team regular.

“He's very smart, very attentive,” Riley said, “which you have to be when you're a third guy and not getting the same amount of reps as the other two but he's handled it well so far.”

Rattler arrived in Norman over the summer, seemingly putting his development behind his freshmen classmates that enrolled in January.

The Pinnacle High School product isn't likely to see the field much in 2019 but he's still made an impression.

“He did a lot of things behind the scenes to get ready and to try to make up or offset as much as he could, him not being here in the spring,” Riley said. “He really studied our stuff hard. Worked hard when he got here and it was apparent that he didn't just walk in here Day 1 and say, 'alright, what are we doing?'

"He had been working on it very hard at home, training hard and came in here in a good place."

It might be an odd shift for a player, who was Rivals.com’s top quarterback prospect of the 2019 class and at the center of the Netflix documentary television series, “QB1: Beyond the Lights.”

The show followed Rattler and two other high school quarterbacks’ senior season in 2018.

OU junior receiver CeeDee Lamb wanted to watch the series but heard it didn’t portray Rattler in a positive light and didn’t want any preconceived notions of who the freshman was before he made it to OU.

As far as Lamb can tell, Rattler has been nothing but a good teammate and came in physically up to the standard the program expects.

“He came in level-headed, willing to learn,” Lamb said. “It’s a new season for him.”