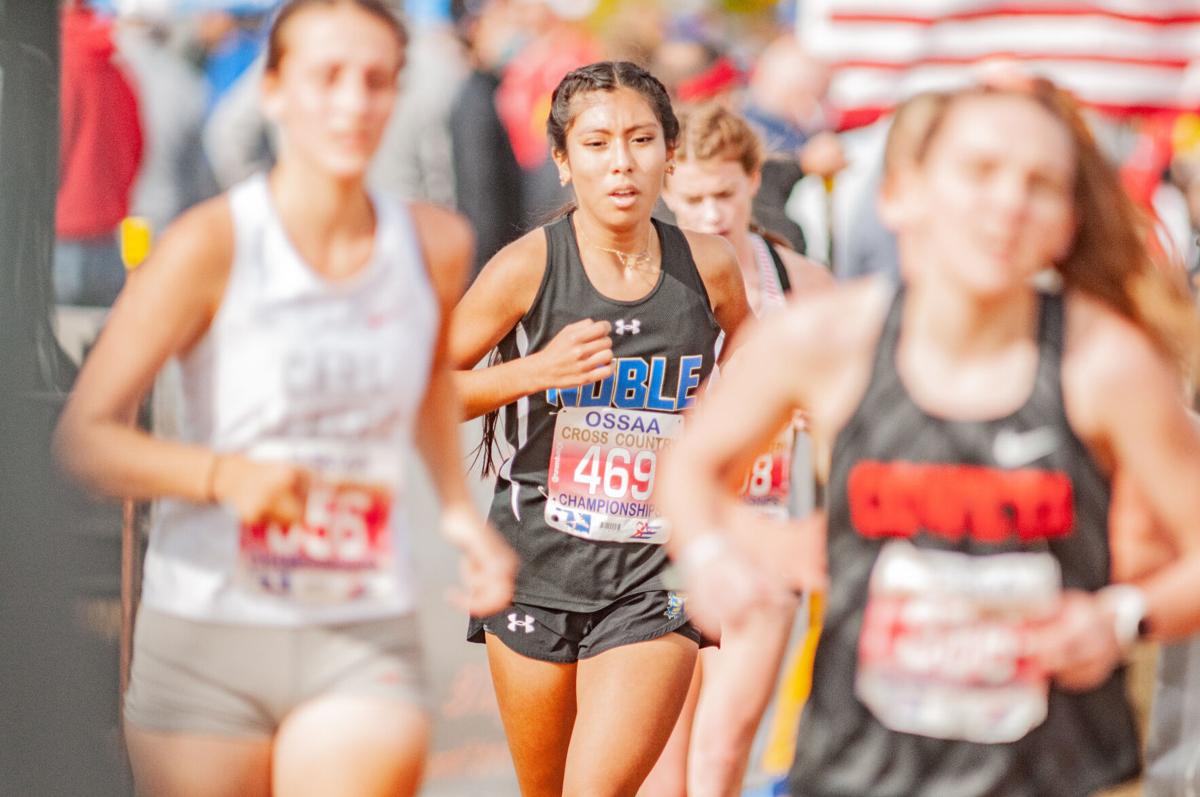 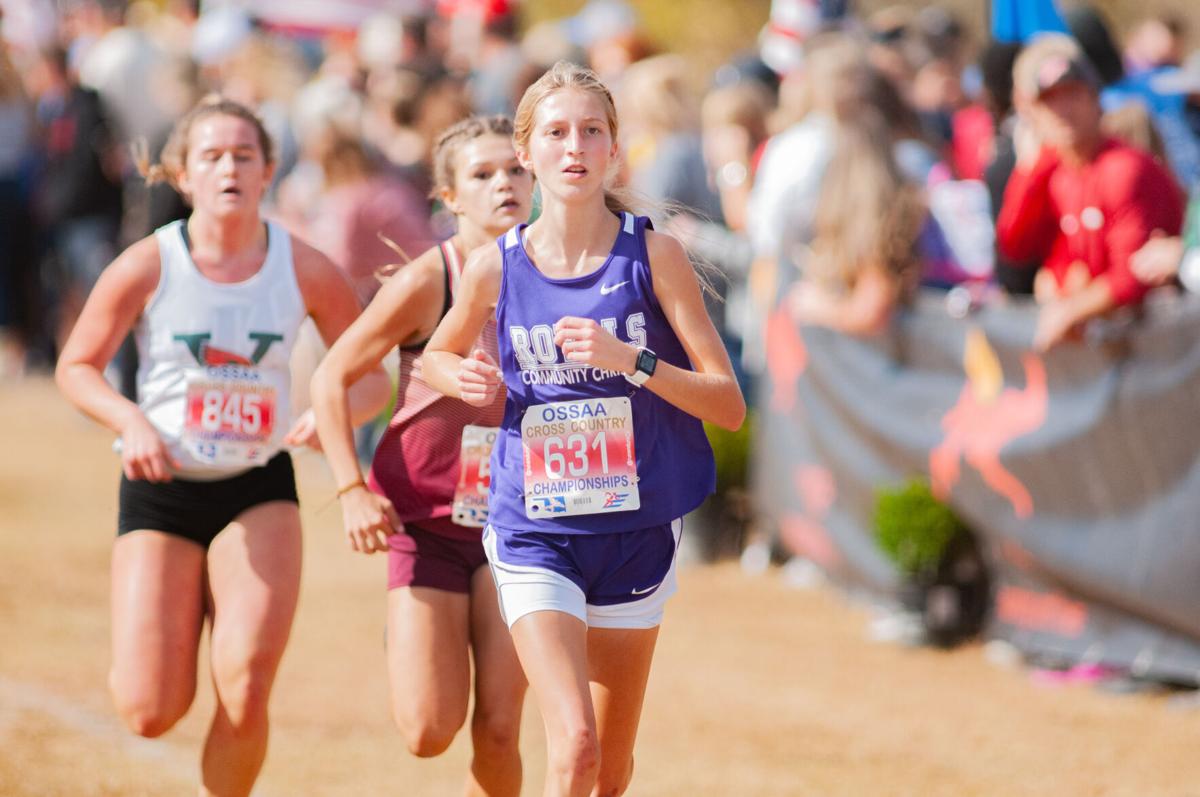 It was a particularly good day for the Noble girls at the state cross country meet Saturday at Edmond Santa Fe and, though perhaps not as grand as the year before, still a fine day for Community Christian and a very fine one for one of the Royals runners, Haley Smith.

The Bears finished off a big season, placing fourth in the Class 5A girls race, behind Bishop Kelley, Piedmont, and Coweta.

Cross country is scored by adding the five fastest runners on each team’s place finishes together and the object is to go low.

Four Bears finished among the top 30 in the Class 5A field, and the top 28 among runners who were joined by their entire teams, the places from which the scores were counted.

In the Class 4A races, in which the CCS boys were state runners-up a year ago and the girls fourth, both sets of Royals placed ninth.

The girls were led by Smith, who finished fourth overall in 12:23.17 one year after finishing 15th in almost 20 additional seconds.

The CCS boys scored a top 10 overall finish by running fairly close together, led by Carter Craig’s 25th-place finish in 17:51.52.

Cache won the Class 4A boys as a team, finishing with a score of 70, just in front of Lincoln Christian and OCS’ 79.

Beyond Smith and Pena, the highest finish from a Transcript area athlete came from Norman High’s Phin Bonner, who claimed 11th in the boys Class 6A race, finishing in 16:08.78.

Qualifying its girls team for the Class 6A event, Norman North finished 10th, led by Kinley Kite’s 32nd-place finish in 20:03.78.

The T-Wolves finished with a team score of 248, narrowly behind ninth-place Tahlequah’s 229.

The girls Class 6A crown belonged to Jenks, which placed three runners among the top 13 and finished with a score of 56, well in front of second-place Deer Creek’s 104.